Welcome back to the Farmhouse. Sunset is approaching, and we haven’t much time before night, so I will attempt to be brief. We’re going to have to gather the things that we need before the sun goes down. We haven’t gathered everything necessary yet, and we need to look everywhere that we can.

Back in the late 1980s, we last left a boy who had recorded a film on the family VHS, and had yet to watch its conclusion. We rejoin him as he sneaks watching the conclusion of the film in his parent’s bedroom right after he gets home from school, and his parents are not home yet. Both of his brothers are at after school activities. He is home alone. He is me, of course.

As a viewer of the last fifteen minutes of the film, Night of the Living Dead, we are assaulted on every level imaginable. The attractive young couple that we have grown to like perishes in a horrific truck explosion, trying to escape. Ben has beaten the senses out of Harry, after Harry tries to lock him outside of the Farmhouse. The power goes out in the middle of the 3 AM emergency broadcast report. And from there, we know the end is near.

The camera angles are uncomfortable. The music and sound effects become almost unbearable. One by one, we watch in horror as the remaining five strangers meet their horrible fates. Each fate is more horrific than the last. The nuclear family as we know it, is literally torn apart. Barbara finds her brother, but not in the condition that she expected. And the little girl is not quite herself anymore.

And all we have left is Ben.

The character of Ben has always been fascinating to me. What was his life before this night? How does he feel knowing that what his enemy recommended that they all do,( but he disagreed with), was the one suggestion that saved his life for the night. To know that he was wrong the whole time, and that he is the only one left alive must be a terrible feeling. Survivor’s guilt is supposedly one of the most unbearable emotions that one can experience. So Ben alone survives the night. But he does not survive the dawn.

I watched in horror as the rescue party arrived, and Ben was accidentally shot. I felt like I was punched in the gut. I never saw it coming. I felt a horrible loss. The man that I had rooted for was now dead. There were no survivors. This is common place in modern cinema, but was a rare thing in 1968. The emotional punch that audiences felt was palpable. It is one of the reasons that the film is still so powerful today.

Finding the perfect Ben is a difficult thing. He must possess the alpha male virility to stand down a threatening white male with hardly any effort, yet have the sensitivity to coddle the damaged baby doll that is Barbara. And boy, do his songs have an incredible emotional and vocal range.

We have yet to have one African American male walk into auditions for this show.

If you are an African American male, and any of this sounds interesting to you, please contact me as soon as possible. 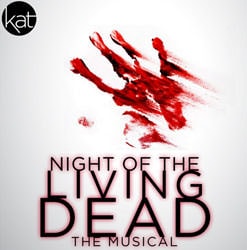 Callbacks for the show are tonight at 7:30pm. Contact me at stephenishome@yahoo.com.

So, with fingers crossed, we end this installment of Letters from the Dead.

It looks like the sun has set now. Night is here, and we need to duck out of sight…I just heard a noise outside the door…

Read Part One: Welcome to my Farmhouse.