Lazy Susan Dinner Theatre presents I Do! I Do!, an ode to the pleasures and pitfalls of marriage. Directed and choreographed by Hans Bachmann (who also stars in the show alongside Kristen Jepperson), this musical has book and lyrics by Tom Jones, and music by Harvey Schmidt. It’s perfect for seasoned couples to enjoy together.

Hans Bachmann, along with a small group of peers, is also responsible for the set and props for this production. Set in the late 1890s to the 1940s, the stage is taken up mostly by a large, elegant bed, the type of which one usually only comes across nowadays in antique stores. Floral-printed screens stand on either side of the bed, and polished wooden furnishings such as velvet-cushioned chairs and side tables complete the picture. Lighting Designer Jeanne Forbes follows the duo with spotlights whenever they burst into song and dance, and Kay Cogswell dresses the actors in appropriately dated Victorian clothing, from sleepwear and casual dress to formal attire.

The musical starts with a timid young couple on their wedding night. Michael Snow (Hans Bachmann) is a writer with a playful, childish nature about him, twirling his bride Agnes (Kristne Jepperson) around the stage in the upbeat number “I Love My Wife.” Act one follows the early years of their marriage, ripe with love and blessings such as children (“The Waiting Room Walk”). However, reality sneaks in as the years go by and they face issues such as financial anxiety (“Love Isn’t Everything”), bothersome habits, and even infidelity (“A Well Known Fact”). Michael becomes more pompous as he ages, leaving Agnes feeling emotionally abandoned and frustrated in the fiery hit song of the evening, “Flaming Agnes.” By the end of Act one, the often-used phrase “my dear” goes from sincere…to sarcastic.

Life continues to challenge the couple through their later years, with issues such as rebellious teenagers and more emotional turmoil that lead into their golden years. They begin to dream about what their life will be like when their children leave the nest in the hopeful song, “When the Kids Get Married.” But do these dreams include each other?

Although there was some uneven singing and acting during the performance I saw, there were some wonderful moments. I Do! I Do! is a particularly good outing for couples, especially those who are celebrating an anniversary. Every couple that faces life together goes about it in their own unique way, but it’s nice to see how universal hurdles relate (or differ) from your own struggles.

The unique and friendly environment at the Lazy Susan is always hugely enjoyable and I always enjoy my visit. A buffet of hot, delicious food is provided, and the welcoming staff is always close at hand and eager to please.

Running time is approximately 150 minutes, including one 15-minute intermission. 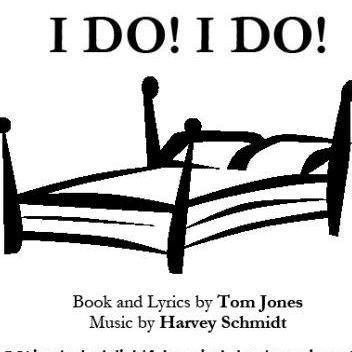