Die Zauberflöte (The Magic Flute) is widely considered to be Mozart’s masterpiece, a label which brings with it high expectations. Fortunately, those expectations were more than amply fulfilled in the University of Maryland’s Maryland Opera Studio production of Die Zauberflöte .
Die Zauberflöte (The Magic Flute) tells the story of a young prince,Tamino (Yoni Rose), who falls in love with the princess Pamina (Jazmin Grollemund) and sets off on a quest to rescue her from the king Sarastro (Michael Dane), with help from his sidekick Papageno (Andrew Pardini). Along the way, Tamino discovers that not all is at it seems to be, and those who appear to be allies are in reality enemies.

Directed by Nick Olcott, Maryland Opera Studio’s production of Die Zauberflöte  (The Magic Flute) is what they consider a piano opera: a staged work with minimal costumes and sets, accompanied only by piano (though in this case, there was a flute as well). The lack of formal, complicated sets concentrates the focus on the singers and their voices, a concentration which can be daunting but under which these young singers hold up very well. Jazmin Grollemund (Pamina), has a lovely, strong, clear soprano with which she is able to convey Pamina’s uncertainty as well as her love for Tamino. Likewise, Yoni Rose (Tamino), has strong, sensitive tenor that really adds to Tamino’s depth as a character.

Similarly, Andrew Pardini as Tamino’s clumsy sidekick Papageno provides some much-needed comic relief through his skilled acting and singing. For example, in one of Pardini’s arias, he is playing his magic glockenspiel and starts “strumming” the glockenspiel as if he were Elvis, complete with ending pose and all. The audience loved it.

Other standouts include Michael Dane as the strong, dignified king Sarastro, and Lauren-Rose King as the Queen of the Night.  King’s voice is extraordinarily clear, and she more than did justice to the famously grueling “Queen of the Night Aria.” Her voice was a little lacking in the power exhibited by most of the other members of the cast, but her vocal agility was certainly memorable. It is a testament to the fine voices of the cast that even though the score is being played on piano rather than by a full orchestra that the audience does not feel the lack of the orchestra, so enchanted by the voices of these fine singers are we.

All in all, it was a delightful production of Die Zauberflöte (The Magic Flute), uncluttered by complicated sets or confusing costumes. The production focused on the singers, truly the heart of any operatic production, which focus pays off in spades. There will always be other productions of Die Zauberflöte  (The Magic Flute) with bigger budgets or more famous singers, but none of them can be more well-done than Maryland Opera Studio’s production, with its focus on the essentials of opera.

Running time: Two hours and 25 minutes, with one 15 minute intermission. 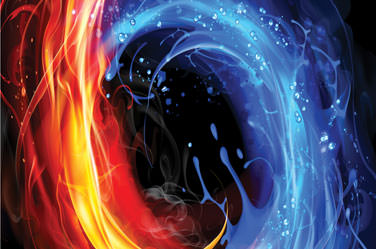 Die Zauberflöte  (The Magic Flute) runs through November 20, 2012, in the Ina & Jack Kay Theatre of the Clarice Smith Performing Arts Center at the University of Maryland – at the intersection of Stadium Drive and Route 193, in College Park, MD. For tickets, call (301) 405.ARTS (2787), or purchase them online.