This is the one article that got a way this month from Columnist Peter Filichia’s column on Kritzerland called ‘Filichia on Friday.’‘ 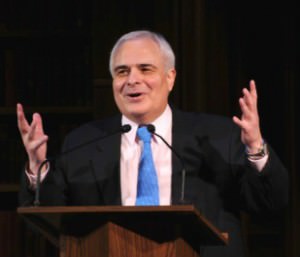 Peter Filichia is a New York-based theater critic for The Newark Star Ledger newspaper in New Jersey and New Jersey’s television station News 12. He blogs weekly for MasterworksBroadway.com and is the author of the books The Biggest Hit of the Season /The Biggest Flop of the Season (Applause Books, 2010) and Let’s Put on a Musical!: How to Choose the Right Show for Your School, Community or Professional Theater (Back Stage Books, 2007). For 10 years, he also wrote a column,“Peter Filichia’s Diary,” that appeared Mondays, Wednesdays and Fridays on the website TheaterMania.com; Theatergoer’s Diary for www.theater.com for two years; Stagestruck for Theater Week magazine for its entire nine-year run, and for three years on Playbill-on-Line. He has recently joined Music Theatre International as a guest columnist for MTI’s Web site, The Marquee, writing “Filichia Features,” original weekly articles on all-things musical theater.

Peter served four terms as president and chairman of the nominating committee of the Drama Desk, and has also been a member of the nominating committee for the Lucille Lortel Awards and is host of the Theatre World Awards. He has also written the liner notes for many Broadway cast albums, including Jesus Christ Superstar and Fade Out – Fade In, and is the critic-in-residence for the University of Cincinnati College-Conservatory of Music.

He has appeared on television with Sally Jessy Raphaël, Phil Donahue, and on Saturday Night Live. In 2004 and 2005, he hosted, with Matthew Murray, the live theater discussion show Bitch or Brag About Broadway at New York’s 45th Street Theatre.