It’s not just federal workers affected by the partial government shutdown, but also those strung and unstrung heroes at the Puppet Co., in Glen Echo Park. A National Historic Site, Glen Echo Park has been barricaded to all visitors and personnel, including artists and private employees of non-profit organizations contracted to provide classes, performances, and other services within the park. The Puppet Co. estimates losses of $12,000 per week of the shutdown, and predicts residual effects due to loss of momentum going into the holiday season, even after the current impasses are resolved.

“The Puppet Co. is celebrating its 30th Anniversary this December, and we have already had to cancel events leading up to the festivities,” said Christopher Piper, The Pupper Company Board President. “In addition to losing nearly the entire run of a series for young families, we’ve had to cancel our Fall Playhouse Puppetry Slam, one of our rare offerings for adults, and a favorite in the area. We cannot even rehearse for upcoming productions, including our 25th Anniversary production of The Nutcracker.”

As for the puppets themselves, some are a little strung-out, some have come unstrung entirely, and some have adopted an attitude of “talk to the hand.” 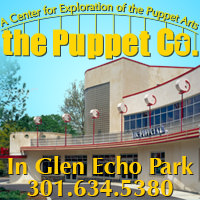 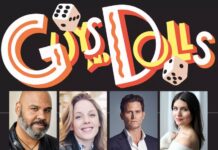