The laughs come so fast in Buyer & Cellar—and Michael Urie’s solo performance is so brilliantly engaging—that the words “funny” and “fun” seem too puny, utterly inadequate to convey the extraordinary experience. 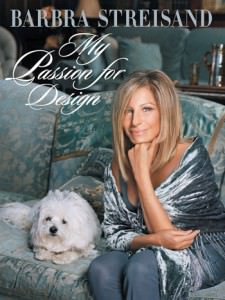 There’s been extensive advance press on this show, so the setup will be familiar to many: The writer Jonathan Tolins stumbled upon a passage in Barbra Streisand’s coffee-table book, My Passion for Design, that mentioned the fact she has built for herself a shopping mall beneath her Malibu estate. Inspired by that curious tidbit, Tolins invented a character, Alex, a young, gay, out-of-work actor in L.A., and spins a fiction in which Alex gets hired to be the sole shopkeeper in this mall for its sole customer, Streisand.

Urie, as Alex, tells that background in an intro, emphasizing that all of this play is made up (except the existence of the underground mini-mall). He then steps nimbly into the story, playing other characters as well, including Alex’s boyfriend Barry (who is a devotee of the diva) and Streisand herself (a formidable presence who, Alex learns, is actually human). Going in, I knew that the show would be at once a cleverly comic contrivance and a gay fantasia on fandom. I did not expect, however, to get so caught up—from Urie’s very first moments on stage right through to the tender end—in such out-and-out enjoyment.

Tolins’ writing is quick-witted, full of one-liners and incongruous situations that kept the opening night audience totally tickled. (When Streisand visits the mall to shop, the running joke is that she comes by to buy what she already owns. And so, absurdly, Alex and Barbra haggle over the price of an antique doll she wants.) But it was Urie’s  appealing performance that made every zinger sing. Urie’s lithe gift for sprightly physical comedy inhabits him everywhere. His mercurial face is a wonderment of instant shifts and surprises. With his pliant facial takes, supple voice, and trickster timing, he finds within a single quip more laughs than could possibly have been in the script. As an actor he accomplishes something amazing: In a setup that could easily turn Streisand into a tabloid cartoon, Urie keeps us connected to his own character’s central innocence and ingenuousness. The result is that we come to see the Streisand character through Alex’s eyes, with such emotional empathy and honesty that we are touched by both of their vulnerabilities and insecurities.

Urie charms the heck out of the audience. Despite all the times he’s performed this play (more than 400, in an Off-Broadway run and now on tour), he’s as spontaneous and in-the-moment as if Buyer & Cellar opened last week. Even more adorably, he seems genuinely to be enjoying the audience’s enjoyment. While the audience is laughing at something he just did or said, an impish grin will flash on his face as if to share the delight. This has the uncanny effect not of diminishing audience response by stepping on the laughs but of amplifying them. Urie’s being in on the humor enhances the spirited connection.

Urie’s performance is backed by a spiffy touring production, smartly directed by Stephen Brackett. The set by Andrew Boyce and lit by Eric Southern with rear projections by Alex Koch makes us believe we are now in the mall, now in Barry and Alex’ s apartment, now in the mansion, now in Alex’s inner head space. The sound by Stowe Nelson suitably gives the whole fiction the context of Streisand’s real singing.

Shakespeare Theatre Company deserves plaudits for bringing Buyer & Cellar to DC. The show’s got a good big heart. The hearty laughs it gets are abundant. And it’s gotta be one of DC theater’s happiest and gayest nights out.

But the main reason not to miss this brief run is Michael Urie’s ebullient and effervescent performance. The play near the end has Alex reflecting on how, just like Barbra, what we all really want is to create our own world. On the face of it, that sentiment is silly; Streisand is mega-wealthy and can afford to be over-the-top acquisitive. Moreover the moment could have been maudlin, a sappy summing up so we leave satisfied we had a “message” along with lotsa laughs. In Urie’s enchanting and sensitive portrayal, however, the moment reaches beyond fun and funny to what has been incrementally moving us all along: our own emotional entrée into a wonderful world created by Urie.

Running Time: Approximately one hour and 40 minutes, with no intermission.