Once again, the Capital Fringe Festival will be taking over downtown DC for its ninth straight year. The annual performing arts event, which runs from July 10th through July 27th, features 130+ shows that will be showcased at varying DC venues. Taking place concurrently is the Tour de France, while although typically not relevant to the popular festival, this year is an exception. What is the relationship between these two seemingly unrelated events? Three words: Tour de Farce. This is the title of the dramatic comedy that centers around the yearly multiple stage cycling race held mainly In France. The theatrical production, which marks the playwriting debut of Kevyn Settle (who will also be directing), explores the different perspectives of two longtime roommates, one who decides to use the Tour de France as a metaphor to race against his terminal cancer. In addition to its five performances in the festival, the play is being highlighted in this year’s annual showcase which is held this Tuesday night, July 8th at Fort Fringe. 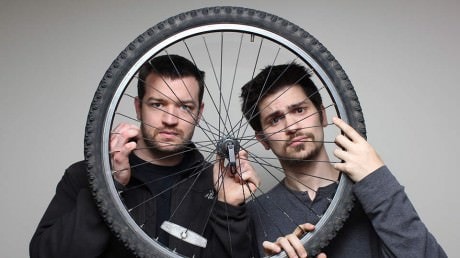 I briefly sat down with Kevyn to ask him a few questions about Tour de Farce.

Me: What inspired you to write this particular play?

KS: In 2008 I started sketching out notes and developing this play. At that time and in the span of 18 short months, I had just lost my second of two former college roommates to cancer.  I thought something was there for me to explore. While on location in Viet Nam, my third trip to Asia for a feature documentary film that I am producing and directing, cycling’s most loved and polarizing figure admitted finally to abusing banned substances to enhance his performance.  The Lance Armstrong “coming out” news event triggered within me a sense of urgency, and I found it well timed to complete and submit Tour de Farce to this year’s Capital Fringe Festival.

Me: This is your first time submitting your work to the Capital Fringe Festival. What is it about the festival that drew you to it? What have you learned from the process thus far?

KS: It is my first submission to Capital Fringe, and I actually intended to finalize and submit to NYC Fringe, but I decided on my return to the DMV after living in NYC for 5 years.  It felt right to reenter this market and try to produce something here. And generally over the years I’ve attended Fringe shows.  I guess you can say I’m a fan of Fringe – is that a phrase Fan of Fringe?  FoF?  The biggest takeaway so far is the myriad choices and inflections just hearing the text come off the page that I wrote.  Working with Sha and Willem with their choices.  And on the producing side it’s nice to be part of an organization that is established and works hard to make my experience positive – the experience for the producers positive.

Me: The two main characters in the play: Peter and Ryan. What can you tell me about them and their relationship to one another?  How is it explored and conveyed in the short span of the performance time?

KS: They’re heterosexual domestic partners.  They’re beyond best friends, BFF for life!  They know each other inside and out, but most importantly they know each other’s hot  buttons.  They are two peas in a fractured pod, and both of them are trying to get out.  Unfortunately for one, he doesn’t have a choice.  His out is defined by time, and so too is this ride he’s on.

Me: If you had to sum up the storyline of your play in 20 words or less, how would you describe it?

KS: [Tour de] Farce is about someone not taking a look at himself before casting doubt and being critical on others.  Can’t everyone take a step back and put ourselves in the looking glass before so quickly look at others.

Me: Thank you for taking the time to speak with me. It’s been a pleasure! I look forward to watching Tour de Farce at the festival.

KS: No, thank you. I hope you enjoy seeing it as much as I enjoyed putting it together