For some scripts, writers will get on a roll, crafting a story from start to finish. Then comes the tough part: titling the show.

In January 2013 I was kicking around an allegorical story about an election. I wanted to highlight the absurdities of modern day elections; what happens to candidates and how the public reacts. But I was stuck on what the allegory should be. Heck, at one point, this show involved a colony of ants choosing a new queen. 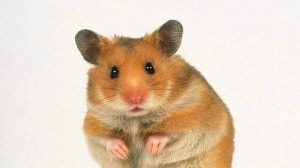 Then the title hit me. Not quite literally, but certainly strong enough to make me rethink who was telling this story. The Inaugural Election for President of Mrs. Jacobson’s Sixth Grade Class was born. 16 months later, we’re thrilled to bring this story to life on stage for you.

In our play, one of the students forgets to feed the class hamster, who dies. The class’s teacher, Mrs. Jacobson, decides that someone needs to be in charge of the “Hamster Calendar,” so she decides to hold an election for class president. Six students will run, but only one will win.

Along the way, we lose some candidates, just as with every election cycle. Ultimately, the class (the audience) is invited to participate in the presidential debate, as well as to vote for the winner. This participatory element is critical to the Federal Theatre Project’s mission. Anyone can drop $35 to watch a show at the Shakespeare Theatre Company. We want to get more out of our audiences: we want you invested, we want you to think, and we want you to see the results of your actions. All of these things will happen during Election.

So, why is it important? Why do we want audiences engaged? Ultimately (and most especially when we tour this show in the fall), we want audiences to understand that it’s much easier for them to get involved in the political process than they might think.

An example might help. There’s a Congressman in Maryland named Andy Harris. Mr. Harris’s district is almost the entirety of the Eastern Shore, an area far removed from the District of Columbia. Recently, Mr. Harris introduced legislation that would block a law that was approved by the DC Council; an egregious overreach of his power. However, when I went to Mr. Harris’s website, I was told that only his constituents could contact him. Can you imagine the absurdity? Consider the CEO of Starbucks unilaterally deciding that all Chipotles in Wyoming must close two hours earlier. Would that be “right?”

Stories like this are why our engagement, as citizens, is vital. When we stop focusing on the mundane and the unrelated and start focusing on what’s important, we can all contribute to making this country a place that we can proud to live.

Election has five performances at the Atlas Performing Arts Center – Lab II. We hope you will join us! Here is more information.

About the Federal Theatre Project

Founded in 2012, the Federal Theatre Project exists to bring no-cost theatre to under-served populations within the Washington, DC area. Our productions focus primarily on American governance; that is to say, the political process within America. We attempt to remove the mystery from politics while engaging younger audiences in the political process. The Federal Theatre Project is non-partisan in its offerings. We strive to foster a sense of civic engagement, not a particular agenda. In short, we want to get audience members to think, not tell them what to think!