Having the distinct pleasure of sharing the company of the most distinguished Sebastian Martin over the years in leisurely moments as he dutifully tended to his garden, from time to time, a striking lucidity would take hold over him, and he would speak of his youth in the old country. In his excitement he would sometimes share with anyone present the journals of his father’s time just prior to and during the occupation, of which I have tried to transcribe presently as accurately as possible. – Johann Wolfgang von Guppy 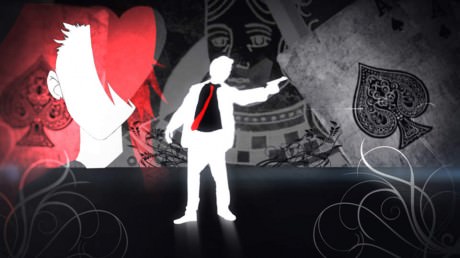 As I walked out into that trodden old avenida connecting the universe to what I called my departamento, to what my amigos called ‘The Den’  and as for what the ladies called it… well, they do not have words for that in the English language). Making my way out, I was greeted by a blazing heat, still suffocating even late in the afternoon, when I noticed a present left for me; I picked up the garish advertising paper the little Turkish paperboy had kept pushing on me with such urgency the night before, but then in this part of town you were lucky when he did not push a knife into your soft spots. The grotesque display of dancing colors and shapes trying to invade my mind with the whisper of promised riches caught my eye, and this time, I knew luck was on my side. I gave in to it’s seduction.

No sooner had I decided on my plan of action than the balmy air boiled up and poured down as a light rain, the kind of cool, thin summer rain that drizzles right into your soul. From time to time, when the dim light of a lantern reached far enough into the bowels of the street, I could see the husks of men leaning in the corridors like shipwrecked galleons, their cheap umbrellas and penny newspapers ﬂuttering in the wind like torn sails.

Sensing opportunity, the wolves descended on their prey. Another day, another fat man picked clean by the quick hands of thieves and the shimmering colored smiles of another kind of thief. I could see myself in their hungry eyes. “Me, too, hermanos”, I told myself, “ one of these days, I’ll have my score and make it out of these savage streets.” Somehow, I could feel it then, something was different, the approaching night was ominous, with an air of something over-ripe, like the luxurious scent of bright red papayas spoiling in the evening breeze.

Somehow I made it down the street as the glowing neon sign of El Reventón shifted before my weary eyes. The rain had by now soaked through my salmon Fioravanti. I should have brought a waterproof. But there I was; the hidden dark satinwood doors slid open in a hush like the welcoming thighs of a longing lover. Safe! A harbor in the midst of tempests brewing. In my days of poverty I would have gone straight to the fourth row; cheap card games or dice. Mauricio, pietro, for those in the know, forever mi amigo, the poet croupier, used to mark the tables were the men playing cards had too much to drink, and even more to lose. Nobody from the pit ever complained, he had saved their skins again and again. They owed him. And he in turn owed me. In any case, nobody ever bothered about the petty tables, only us broken fools squabbled for the measly takings.

Now, the front row were the big rollers, it was there that the fat cat’s played – blackjack, baccarat, french roulette. Zona prohibido. That had been enemy territory for me on many a night, the glowing chips strewn about the Zona’s velvety greens were like neatly stacked land mines. Tonight though, tonight my friends I had money. More than that, I had an in. I knew what I had to do. The wheel turned in utter silence as a coldness ﬂooded over me. I ran my fingers over the glittering chips in my hand, hesitating for a moment. I don’t go for the easy kills any more, my friends, too often it had cost me, sometimes I was lucky and it was just money,…but sometimes, I lost much more. That is another story all together, one that I must recount over some fine drink, surely. But, I must tell you about that night; that night was different, I wont soon forget, how I stole a kiss from sweet fortunes lips,… in my defense, mis amigos, they were just too tempting.

I slid the winnings under my arm and headed hurriedly to my sensuous affection, mi corazon, La Rossa. Already past her prime, her heyday of pasión long gone, her shapely figure no longer had the perk of youth, yet she still had a fire about her that drove me, and most men loco in those days. Imbibed on cheap rum, a puff of thick smoke rolled wistfully above her carefully rolled cigar as she ﬂashed me a little impish smile, and a little something more, as I paid back an old debt. Sure, you might say, a meaningless little gesture of capitalistic good will she offered all her patrons, but I knew there was something more, I could tell in her yearning eyes, from the sudden blush of red coloring her tired face.

And so it was, on a night like any other, as the droning rain settled into lonely drips, thoroughly soaked and cold as I walked down the cobbled stone pavement of the old city, I spoke to myself in quiet determination that I’d had enough of that crazy town. I left her behind, never looking back. – I am sure she was disappointed.