The Capital Fringe festival is a remarkable venue where artists can show off and experiment with new work, playwright Jean P. Bordewhich brings Marriage, Lizards and Love to the 9th annual fringe festival. Bordewhich’s piece transports us on a journey with a young married couple who are struggling between moving past the trauma of past experiences and moving on with their future. It is a touching, well-written story from the new dramatist. 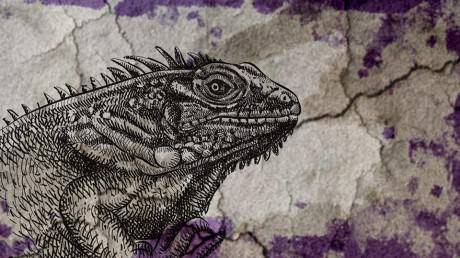 To bring her story to life Bordewhich brings on capable director, Adi Stein. Stein sets the pace and tone of the show perfectly. Even the scene changes were exquisite, moving the play along effortlessly. At times I would have liked the actors to use the space more, specifically in the scene where more than two people were seated at the table, in the coffee shop. The space is in the round, so having so many players seated at the same time can limit what much of the audience can see.

Stein cast the show well, mostly with actress Stephanie LaVardera (Julia) who plays the young wife who wants to start a family with her ambivalent husband, Henry (Erik Harrison). LaVardera is beautiful in this role. She masterfully takes the audience on this journey with her, making us feel for her in her familial struggle. Harrison and Michael Silver, playing Henry’s brother, also do an admirable job in their perspective roles.

Rounding out the cast is the vivacious Karen Kelleher playing the friend and confidant of Julia and the youthful Roxy Reynolds cast as Tammi, the young client of Julia. Kelleher is perfectly cast in her role. She gives us some of the much needed comedy in this piece when she talks about her life with her four children. Reynolds does a nice job, raising the stakes of the evening when she is confronting Julia over her abusive husband.

If you are looking for a fresh new production, full of energetic young actors, this is a good show for you to see. Kudos to Bordewhich for bringing this to Capital Fringe. It is a solid and impressive new work by a talented new playwright.

Marriage, Lizard and Love plays through July 26, 2014 at The Shop at Fort Fringe-607 New York Avenue, NW, in Washington, DC. For more information and to purchase tickets, go to their Capital Fringe page.