Aldersgate Church Community Theater presents Shakespeare’s The Tempest, directed by Amanda Coffin. For this production, Aldersgate ditches the elaborate sets and costumes in favor of a minimalist experience, hoping to strip down distractions and letting the material breathe in its rawest, truest form.

When I first set eyes on the somewhat barren set (simply decorated by Amanda Coffin with found objects like large trunks and a clothing rack), I’ll admit that I decided to expect a little disappointment from the get-go (where was the scattered ship wreck? And no lush island greenery?). However, what I didn’t consider (and later discovered), was that this method left much more room for creativity, which made it all the more interesting to watch.

Sound Designer Keith Tittermary and Lighting Designer Chris Hardy work together to create the howling winds and angry lightening of a tempest, and the ensemble itself work as one to become prop pieces. For instance, when the narrative called for a character to be imprisoned in a cloven tree, the actors gathered around her and lifted her high into the air, twisting and manipulating their own bodies to become that tree. Common theatre artifacts were transformed as well; where one once saw only a ladder, now saw the creviced entrance to Caliban’s cave. Amanda Coffin is also responsible for the modest costumes, dressing the actors plainly for the most part and adding touches of character with well-thought-out accessories. I particularly liked how the characteristics of the ridiculous, booze-loving pair Stephano and Trinculo were captured simply by adding leis and grass skirts to their otherwise ordinary outfits. 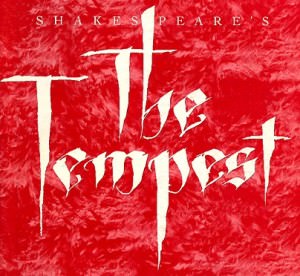 It turns out I found this lack of distractions very welcome, as it left me able to focus on the Shakespearean language itself. Having not read or experienced much Shakespeare since college, I had forgotten how beautiful the language is; dense, rhythmic, and complex, using pages of script to describe what we would now use only sentences for. Truly, I had not known that I needed to prepare myself for the emotional reaction that I found myself having; reminded that the possibilities of our language is limitless, rich, and nowadays woefully underutilized. For this nostalgic reality check alone I recommend seeing this production. And if you need a refresher, a helpful synopsis of the plot can be found in the program.

The nuances of the plot (and sub-plots) of The Tempest can be argued at extreme length, but for the sake of this general review, I’ll wittle it down to the most standard version; Prospero (Travis Downing), a self-taught magician and the rightful Duke of Milan, has been cheated out of his title by his scheming brother Antonio (Juli Tarabek), and banished to a lonely island with his daughter Miranda (Emily Wilson). After living there for years, Prospero sees an opportunity when Antonio, the King of Milan Alonso (Howard Soroos), his son Ferdinand (Andrew Schurr), and some other companions sail close to his island on their voyage back from the King’s daughter’s wedding. Prospero creates a heavy tempest in order to wreck their ship and bring them onto his island…and into his power. With help from his whimsical sprite, Ariel (an energetic and impressive performance by the young McKenzie Rivera), Prospero hopes to regain his lost title through manipulation and magic. However, numerous threats arise that endanger his plan, from murderous plots to schemes for power and wealth. These struggles become the true tempest of the island…and will Prospero be able to weather the storm?

While there were some performances that could do with some polishing, for the most part the exquisite material was delivered by a talented, solid cast. Che’ Tate was remarkable as the tortured, rueful Caliban, Prospero’s unwilling slave and arguably the rightful heir to the island. Tate’s hunched, animalistic movements and raw, passionate fury does the role justice, breaching the gap between terrifying and pitiable. Jessica Poole gets many laughs as Sebastian, and Corey Latta and Hilary Canary make a great comedic pair as Stephano and Trinculo, two crude servants who fancy themselves nobles (my favorite line being, “I do smell all of horse piss—at which my nose is in great indignation!” Emily Wilson does a fine job with the sweet, naïve Miranda, and Andrew Schurr compliments her well as Ferdinand, a prince who is awed by her purity. With his calm authority and beautifully delivered soliloquys, Travis Downing IS Prospero.

Setting aside an evening for Shakespeare is always a great idea, and Aldersgate’s production of The Tempest is a worthy candidate!

The Tempest plays through August 3, 2014 at Aldersgate Church Community Theater—1301 Collingwood Road, in Alexandria, VA. Purchase your tickets at the door or online.