Blues guitarist and singer Jonny Lang has had a blessed life. He was a musical child prodigy. He gets to make a living playing music, has a loving wife and four kids, and gets to travel the world. He is performing tonight at 8 PM at The State Theatre in Falls Church, VA.

So who is Jonny Lang? According to his website, he is originally from Fargo, North Dakota and found fame on his debut major label album at the tender age of 16 Lie to Me and also with the song of the same name. Lang’s musical stylings are rock, blues, and gospel. He is also an accomplished guitarist and songwriter. He was featured in The Blues Brothers 2000 along with Wilson Pickett and Dan Aykroyd. He won a Grammy Award for his album Turn Around.

He overcame drug and alcohol addiction and used his recovery to propel his music career even farther stretching into soul and gospel music. He has toured with The Rolling Stones, Buddy Guy, Aerosmith, and B.B. King. He has performed at revered events like the Montreux Jazz Festival. He also performs with The Experience Hendrix Tour with other talented guitarists like blues guitar Kenny Wayne Shepherd, Doyle Bramhall II, Buddy Guy, and others. His latest album, Fight for My Soul was released in 2013 and he is touring in support of that. He has cut off his signature long, blonde hair. He was named one of the ‘Top Ten Modern Blues Guitarists’ by Gibson Guitars.

And what is The State Theatre? According to its website, it’s a historic, refurbished theatre that attracts top talent like Jonny Lang, Howard Jones, Bootsy Collins, Ed Kowalczyk of Live, Smash Mouth, the popular 80s cover band Leg Warmers, etc. It was built in 1936 as a movie theatre and showed its last movie in the late 1980s. It underwent a multi-million-dollar renovation in 1999, but kept the original floors, stage, and balcony seats. It is in downtown Falls Church, VA and easily accessibly by Highway 66. It is close to DC and is about 15 minutes away from DC by car.  It is near the East Falls Church Metro stop. It offers a full restaurant and bar, and it hosts the Washington Area Music Awards. 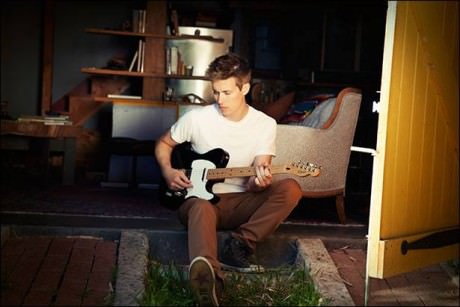 Jonny Lang chatted with me from his hotel room about his tour:

Marlene: Tell me about your new album, Fight for My Soul.

Jonny: Life inspired it. Some songs are fictional with metaphors for real stuff and some are completely literal. The songs were compiled over long period of 6 or 7 years. Style ranges from soul, blues, rock, and funky tunes.

How long is your tour running? Who is joining you? What will you be performing?

It is a normal tour lasting four weeks. This is the first week into it. We started in Oregon, next to Washington, then Montana, then on to North Dakota. I am headlining the shows. The Experience Hendrix Tour is in the Fall with a bunch of other guitarists including Kenny Wayne Shepherd.

We will play songs off as many albums as we can. We will cover five albums.

I like just about everything about it. Downtime can be monotonous and can drive you crazy. I love playing music. I love what music can do for people. I feel really special to be part of it. Still love it. Pretty inspired to do it.

I’ve not had a whole lot of time to check it out. Want to spend some more time there. There is a great music scene there. Incredible musicians live there and the crowds are great. This is my second time performing here at The State Theatre.

What is your favorite song to play?

“That Great Day” is my favorite, but I like doing all of them.

Tell me about The Blues Brothers movie. In it you played a janitor and sang a song called “6345789” with Eddie Floyd and Wilson Pickett.

Doing it was really fun to meet all those guys. Doing a song with Wilson Pickett was a highlight. However, I can’t really stomach to watch it I’m a little embarrassed to watch it.

Who kind of music do you listen to?

I listen to the guys who I always listen to while relaxing or driving in the car. I love James Taylor and Stevie Wonder – pretty simple. I listen to the radio once in awhile. I kind of like everything.

What is your take on the music industry these days?

Interesting… It’s not the music industry I started in. It has been in survival mode for a long time, I think. It’s restructuring. It’s hard to do that with such a big entity. The Internet creates such small movements and the industry can’t keep up. There is always a new technology of doing things and people trying to stay on top of it are having a hard time staying on top of it.

You make money touring.. that’s pretty much it. I also get creative on the Internet. You have to find a niche way to make money as an artist.  No more equation to make it. 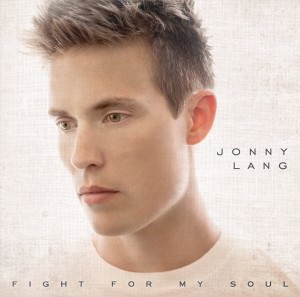 How are you adapting to the ever-changing music industry?

Fortunately, I am able to tour. That’s always been the thing I’ve made a living at. Never made a living on records. I’m extremely lucky and blessed to play music as a living. Sometime I don’t have the energy for a show, but adrenaline takes over and the energy of the crowd is huge in making a performance.

Tell me about your love of golf.

I was watching golf right before you called. I started playing golf when I was 15. Some of the guys in the band played golf and got me into it. About 10 years ago I got addicted to it. I golf as much as I can when I’m on the road. It keeps me out of trouble.

What are some of your favorite places to play golf?

I’ve played some really neat golf courses all over the place when I tour. It is therapeutic for me. It levels me out. It keeps me calm out on the road. It is my zen.

What has been some of your favorite highlights of your career?

There have been lots of first. I played at the White House for President Clinton. He played that night as well, but not with me. He was really nice. I talked with him for awhile along with my mom and my best buddy Trevor. He was charming.

About a year ago. I was at The Kennedy Center, ten years after I saw Bill Clinton at the White House. He walked up to me and said, “Hi Jonny!” I freaked out. You have got to be kidding me! I tried to stay cool, and I said to him, “Of course you remember me!” He remembered my mom’s name and my friend’s name. He remembered our conversation! 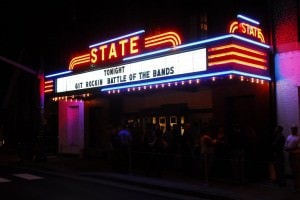