The In Series continues the launch of the 2014-2015 season with the hilarious Fatal Song: The Great Opera Murders. Kathleen Cahill wrote a comic English language libretto and stitched together the penultimate arias from eleven operas by eight composers: Bernstein, Bizet, Donizetti, Massenet, Mozart, Offenbach, Puccini, and Verdi. Specifically, she features the divas. This is a celebration of the soprano voice and the astounding number of sopranos who die gloriously throughout opera. As In Series Artistic Director Carla Hübner says, “Singing can be dangerous.”

If you are an opera buff, the many winks and nods to the excesses of the genre will delight, but if you are an opera newbie, this may be the perfect introduction. You get the best moments in a dozen operas while the actresses explain exactly what’s going on and nobody stays dead for long. 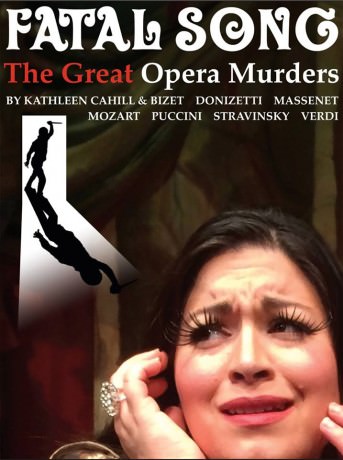 In an evening of highlights, it’s difficult to pick out the best moments, but each actor gets to shine and to die gloriously except the emcee Brody DelBeccaro who keeps the mad cap “plot” going as these divas try to figure out who is killing them all. Rick Davis directs this well-timed piece as actors transform roles onstage, die and get offstage with a minimum of fuss and maximum laughs.

DelBeccaro and Jason Lee both join in for a few duets and the finale “Questo Giorno Di Tormenti” [This Day of Tribulations] from The Marriage of Figaro. It’s impressive they can hold their own against six sopranos.

Annie Gill shines as Mimi (and Despina and Pamina). She does not succumb to melodrama, but turns in several nuanced arias one right after the other like “Mi Chiamano Mimi” [They Call me Mimi] from Puccini’s La Boheme.

CarrieAnne Winter does the most drastic transformation of the night from Cunegonde to The Queen of the Night, from Bernstein to Mozart. Her voice floats over the impossibly high notes in “Glitter and Be Gay” and “Der Holle Rache” [The Wrath of Hell] from Candide and The Magic Flute.

Adrienne Ivey has the best death of the night as Guilietta – the death throes to end all death throes –and then is resurrected for perhaps the most famous piece in opera, Carmen’s Habenera:“L’amour est un oiseau rebelle.” Though it does not have the effect it usually does since another actor fails to understand the French and spends the piece buried in a dictionary.

Daniele Lorio brought the house down on “Regnava nel silenzio” [Stillness reigned] by Donizetti. She soars through the acrobatics of the bel canto style and then surpasses herself as a doll for “Les Oiseaux dans la charmille” [The Birds in the Grove] from Offenbach’s Tales of Hoffman. The piece is impossibly hard, but she sounds like she’s just warming up. 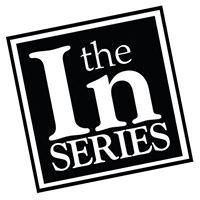 Heather Bingham had the most touching, emotional songs of the night, both by Verdi, Violetta’s “Sempre Libera” from Verdi’s La Traviata to the most heartbreaking aria in opera, Desdemona’s “Ave Maria.” Of course, she played two other roles as well.

Frank Conlon directs the music and is billed in the program as “The Orchestra.” He redefines a one-man-band, sitting at his piano and tripping from style to style by these vastly different composers.

Is this a play with music, a concert with speaking roles, sketch comedy, or a really short opera? It requires a leap of imagination to go from “Ave Maria” to joking about death, but once you get into the spirit of thing, it really doesn’t matter. Be prepared for a night of highlights, high notes, and high jinks. The In Series has done it again.