Here are this week’s Scene Stealers. Congrats to all our honorees.

Shayna Blass as Anshul Getting Tipsy in Yentl at Theater J

“As Yentl— the Jewish girl who dresses as a Yeshiva boy (Anshul) in order to study Torah—Shayna Blass embodies a young person’s passion kept within the impossible constraints of social custom, conventional propriety, and religious law. For most of the show her emotions are guarded, her affect cautious, her conflicted erotic feelings seeming to churn deep below, merely a ripple on the surface. As such Blass’s performance is extraordinarily nuanced. But there’s one scene when Avigdor, her male study partner, offers her a drink. She chugs it. Then another. And another…and suddenly she is hilariously tipsy. As she romps and rampages about the stage, her inner emotions at last unleashed (impetuosly, she kisses Avigdor!), Blass owns the scene. And amazingly, in Blass’s inebriated portrayal, the exuberant inner emotional life that bursts forth appears to be just like…a boy’s!”-John Stoltenberg. 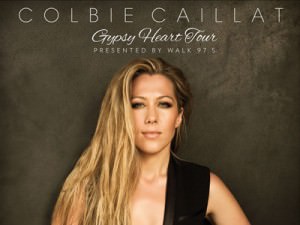 “One of the evening’s most memorable performances was “Try,” the first released single of Gypsy Heart, with its empowering message that true beauty lies in the heart of a person – not in the appearance. The poignant music video, featuring women of varying ages, ethnicities and sizes, is played on the projection screen, as Caillat sings. At the start of the video, Caillat and the other actresses are in full hair and makeup. As the video progresses, layer by layer of cosmetics and products are removed, revealing the women’s natural beauty. Young and old, black and white, freckle-faced and bald – the featured women represent all creeds and kinds, and they are all beautiful without trying. Caillat sends a powerful, musical reminder that we all can and should feel comfortable in our skin at any age.”-Gina Jun

“Bethan Cullinane as the Fool.  Bethan is a high energy Puckish kind of Fool.  At one point she jumps into Lear’s lap like a frightened child, face beaming with delight.  Of course, Joseph Marcell’s Lear can’t help but cuddle his Fool like the darling she (he) is.”-Robert Michael Oliver

Santina Maiolatesi as Pina/Clara singing, “Honest Woman’ at The Aristocrats at Page-to-Stage

“She has one of the most gorgeous voices I have ever heard and in the beginning of Act II of The Aristocrats, a new musical by Shawn Northrip, out of nowhere came this beautiful song “Honest Woman” filled with warmth, humor, and… desperation, all sung divinely by the Santina Maiolatesi. It stopped the show and after the show was over I couldn’t get over how that tune and that performance was still playing in my mind.” -Joel Markowitz

From Santina: “Clara is threatened by Max’s tryst with a movie star so she stretches out across his grand piano to tell him how wonderful his life would be with her.”

“In the third quarter of Colossal at Olney Theatre Center, Mike’s father Damon (played by Steve Ochoa) hurts his ankle while reviewing a sequence of choreography. Mike (played by Michael Patrick Thornton) wheels into the space to see his father visibly in pain. Mike takes this opportunity to take care of someone else for a change, and tries to ensure that his father RICE (rest, ice, compress, and elevate) his ankle. Damon, so afraid of putting any physical strain on his son, insists that he is fine and attempts to take a couple obviously strained steps. His desire to be the one taking the care of his son, instead of the other way around, conflicts with his son’s desire, and thus this brilliant scene is born.”

Thornton is able to relax a bit more in this scene than in the previous scenes, and we see more shades of Young Mike (played expertly by Joe Carlson) in him. Ochoa, whose performance until now has been as deliberate as his physically stunning modern dance choreography sequences, enters into the sometimes murky waters of familial relations, and the honesty of the words they are speaking to each other takes over, and you see the relationship this father-son pair had before they were at an impasse over dance vs. football.”-Rick Westerkamp.

“The most awe-inspiring skit, one that incorporated an oversized ball, a bucket, and a jump rope, had the audience thoroughly engaged with oohs and ahs as the masterful acrobat demonstrated the basic physics concept of center in mass. Drew Richardson, appearing fully undone – with a trash can on one foot, his pants fallen down to his knees, two jump ropes in one hand, and a cutting knife in the other – stupefies the audience as he managed to balance himself, walk the oversized ball, and remain poised while standing in place. What bravado!”-Joyce Pollard

“As the neurotic Yvan, Eric C. Stein knocks it out of the park. His energy never falters, from his first entrance to the last; Stein’s commitment to the role is remarkable. His physicality is so in tune with the character that you can’t help watching him – even when he is not uttering a word. In play like Art, where language is so important, that is commendable. His outrageous diatribe upon his entrance into Scene 5 alone is worth the price of admission.”-Henry Cyr.

“Stuart Ward plays Guy in this national touring company, and one could hardly hope for a more attractive leading man or for a more dynamic rhythm guitarist. The way he rips into his lost-love lament, “Leave,” like an act of self-flagellation, tells us all we need to know about his isolation and pain.”

“Dani de Waal makes for a most charming Girl in Charm City. When called for, she plays the on-stage piano with a lilting professionalism, and she certainly has the singing voice of an angel. Her solo performance of “The Hill” is the enchantment highlight of the evening.”-John Harding