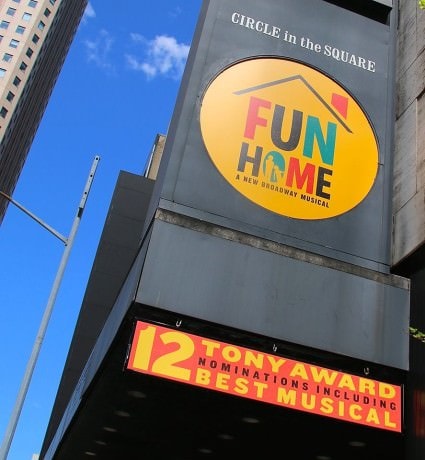 Fun Home was also nominated for the Pulitzer Prize for Drama, nine Lucille Lortel Awards (of which it won three), and seven Outer Critics Circle Awards. Actress Sydney Lucas, 10, became the youngest recipient in the history of the Obies.

Congratulations to all the nominees! Here are excerpts from what some of them told TheaterMania.

Jeanine Tesori, Best Original Score: “It was bedlam. It was hilarious. [The cast] really worked together as a team, so the fact that they weren’t left out — [I]t means that they’re going to go to the theater and do a show knowing that they work as an ensemble. They all do that together. I’m just going to take a couple of hours and just be happy and grateful and then go back to work.”

Lisa Kron, Best Book of a Musical and Best Original Score: “I don’t have a TV so my partner Madeline and I were trying to stream it online. We were on the phone with Jeanine and she was watching on TV so we had a little bit of a delay. And Madeline and I were on different wireless networks so it was all happening in three different times. [laughs] It’s just completely thrilling.

Sam Gold, Best Director: “I watched Bruce Willis and Mary-Louise Parker from bed with my wife and 7-month-old. At one point right before a name was announced, the TV turned off. We looked over at our child who was holding the remote control with a devious grin.”

Judy Kuhn, Best Featured Actor in a Musical: “Oh my god, it’s unbelievable! It really is how you would write it in your dreams. It’s really great also because we are such a company. We really are a family so for the whole family to be acknowledged is really kind of amazing.”

Beth Malone, Best Leading Actress in a Musical: (statement via publicist) “Wow wow wow!!! Ok what!? This is something that can happen to a person??

What a step forward for women and for the gay community! 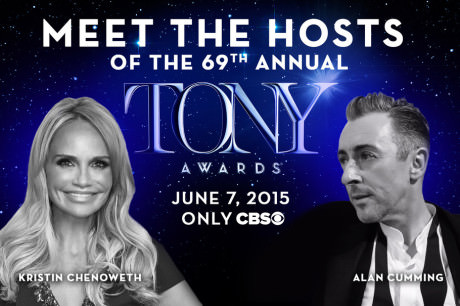 The Tony Awards will be handed out on June 7th at Radio City Music Hall, and will be broadcast live on CBS.