The Landless Theatre Company announces development of its second work of “Metal Theatre” for production in Summer, 2016: The Mystery of Edwin Drood – Symphonic Metal Version. 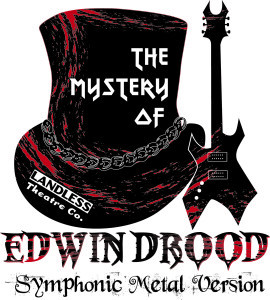 “I’m both intrigued and excited about Edwin Drood testing its mettle and metal with this inventive new theater company,” said the musical’s Tony® Award-winning author and composer Rupert Holmes. “And as the one person on Earth who may have actually typed the name “Landless” more often than the Landless Theatre Company–since a brother and sister in my musical also happen to have that name–I am more than curious to hear the well-tempered Drood tempered like steel by this dynamic new theatrical force, artfully welded by Melissa Baughman. I’m sure that sparks will fly.”

The Mystery of Edwin Drood, winner of five 1986 Tonys including Best Musical, is a “choose your own ending” musical based on the unfinished novel by Charles Dickens. A bawdy British Music Hall re-enacts the dark Dickensian tale of deception, and the audience is enlisted to vote between multiple musical endings to the mystery. Roundabout Theatre Company produced a popular 2012 Broadway Revival.

The production was also nominated for Outstanding Musical, and Outstanding Music Direction by Charles W. Johnson. Baughman, Johnson, and Sweeney’s team of arrangers (The Fleet Street Collective) will collaborate again on the Drood Symphonic Metal Version.

“Landless’ metal theatre revolution is just starting, we have other exciting projects in the pipeline,” said Baughman. “Rock musicals and concept albums may have great music, but they don’t always work as theatre. It makes a difference to build our metal orchestrations on master-crafted dramas like Drood and Sweeney Todd.”

Drood will begin workshop production in Summer, 2016. The pre-show for Sweeney Todd at Atlas will include a sneak peak musical selection from the Drood Symphonic Metal Version. 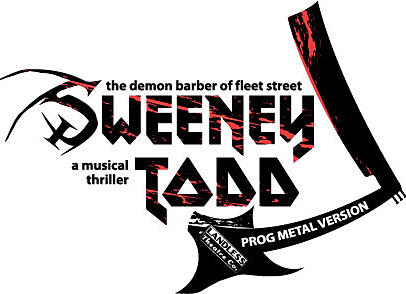 LINKS:
“What, Mr. Todd, What is that Sound?” Arranging The Prog Metal Version of Sweeney Todd: Part One: Andrew Siddle.

“What, Mr. Todd, What is that Sound?” Arranging The Prog Metal Version of ‘Sweeney Todd’: Part Two: Andrew Lloyd Baughman.