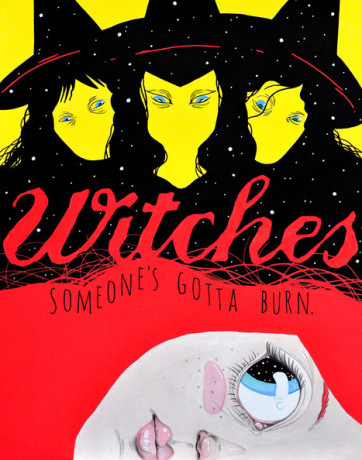 Writing trilogies is a funny thing. Each show must stand on it’s own merit, while still fulfilling a larger arch that transcends the individual play. WITCHES tells it’s own story while offering a sense of completion to the shows that preceded it, Medieval Story Land and The Ballad of the Red Knight.

George Lucas had an advantage when he wrote Return of the Jedi; he could work on the assumption that his audience had seen the previous two films and would know what the hell was going on and who all these weird space people were.  We can’t work under that assumption.

So for those with no knowledge of our previous works, Witches is an adventurous reimagining of the Sleeping Beauty myth in a Middle-Earth-Like fantasy world. There’s enough exposition to get new audiences the basics they need: there’s a princess, she was bitten by a massive poisonous slug, and put into a magic coma. You’re up to speed; now off to the races.

For fans of our previous work, the play is full of callbacks, reveals and emotional closure.

Sitting somewhere between parody and homage to the Fantasy genre, Witches is a simpler more personal play than the sweeping epics that preceded it. The play unfolds over the course of one night. Three witches have retrieved the sleeping princess and plan to wake her and use her for their own nefarious ends. The brave knight, her love, is captured trying to save her. As they plot their escape, they inadvertently uncover Medieval Story Land’s darkest secret.

I’m proud of where we’ve taken this trilogy. While it may not have the equivalent of a sweeping space battle, or an army of Ewoks, I think this play takes our trilogy to its emotional core much as Luke’s confrontation with Palpatine and Vader did in Return of the Jedi. It’s just a little funnier.

Anyone who is a fan of the fractured fairy tales or the fantasy genre should enjoy this show. I just need to get JJ Abrams to produce the next three. 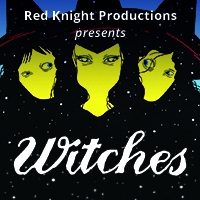