Read a description of The Winter’s Tale, and you may think William Shakespeare imbibed a little too much while writing it. The absurdity of events seems outlandish, even for a man whose vast oeuvre runs the gambit from historical battles to a mad Danish prince to warring fairy kingdoms. The plot is problematic at best, with three acts of high-intensity drama sandwiching two acts of rollicking pastoral comedy, interrupted by a time warp of sixteen years. And of course Shakespeare’s beloved and absurd famous stage direction: “Exit, pursued by a bear.” 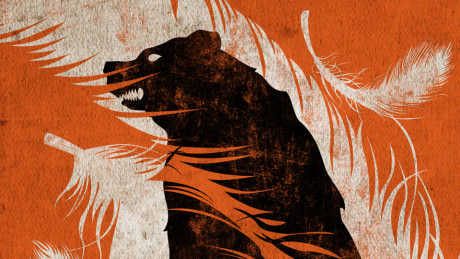 One wonders how to piece it all together, how to find the logic in such disparate parts. We Happy Few’s production, helmed deftly by Hannah Todd, bravely decided to avoid this type of rationalization all together and embrace the improbabilities of the plot. The result is a heartfelt and theatrical fairytale, overflowing with joy.

The play runs at such a breakneck pace that the audience has hardly the time to consider, let alone dissect, the logic of Sicilian King Leontes’s (Nathan Bennett) sudden madness over suspicion of his wife Hermione’s (Raven Bonniwell) infidelity. He becomes suddenly cruel, ordering his friend Polyxenes’s (Kiernan McGowan) murder, imprisoning his wife, and banishing her newborn child. Bennett is excellent here, subtly building his rage in just a few lines’ space, while never becoming so evil as to make his eventual remorse dishonest. Before we even know it, sixteen years have passed, following the queen’s tragic death and the discovery of the her abandoned child by two shepherds (hilariously portrayed by Katy Carkuff and William Vaughan) in Bohemia.

If Sicily is clean and elegant, the transportation to Bohemia is colorful and dynamic. The cast makes great use of Dean Leong’s scenery: a few simple curtains and stage blocks embellished with baskets of tissue paper flowers.

It is in the comedic pastoral scenes of Bohemia where the show really starts to fly. We discover the now grown Perdita (Kerry McGee), raised as a shepherd’s daughter, unaware of her royal origins. She is loved passionately in secret by Florizel (Vaughan), the prince of Bohemia, whose high birth spells out doom for their future. This Bohemia is filled with whimsy, from Autolycus (McGee) the singing pickpocket and con man, to an ensemble of sheep constantly ambling across the stage.

The show’s six actors each take on multiple roles in a play numbering at least 16 named characters, and that virtuosity takes on highly comedic dimensions. Julie Cray’s costume design — like a charming dress-up box in how simple pieces served several purposes — not only helped keep the constantly changing characters straight, but also acted as a fabulous comedic device with characters exchanging hats or scarves onstage. In one case, two feuding shepherdesses, both played by Bennett, got into a catfight and sang a duet together.

We Happy Few have been sharing their signature pared down versions of classic plays for several years at Fringe and their most recent production was a graceful and fun addition to their repertoire. Although the very shortened script left out some beautiful exchanges, the storytelling was still quite rich and did not feel reduced. The company simply asks the audience to allow for impossibility, to believe in fables and fairytales, to awake our faith.