Sometimes, you just have to lay it all out there. And yes, I am referring to body parts.

Barenaked Comedy, advertised as DC’s premiere hybrid burlesque-standup comedy show, is certainly doing just that down at the Trinidad Theatre with the aid of the “Chief Creative Mind” of Mindi Mimosa and David Coulter. Between the women (tastefully) taking their clothes off and the comics serving up some real-life hilarity, there was enough craziness to leave the (sold-out) audience falling out of their chairs with laughter. 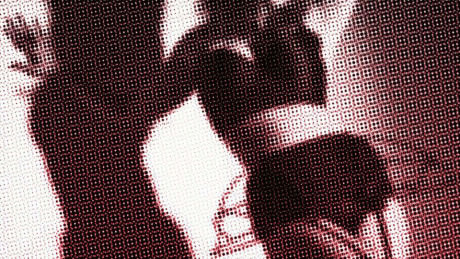 With a shifting order of dancers and comics, every night of Barenaked Comedy is a completely different show. If every group is as amazing as the one last night, future audiences are in for a real treat.

What stood out to me the most about this production was the fact that the dancers actually looked like real women. They were not impossibly skinny Victoria’s Secret models that had perfect tans that would have driven me to binge-eat Ben and Jerry’s in sadness. No, these women knew how beautiful they were and rocked what they got. For an insecure, almost 20-something like me, it was truly a wonderful thing to see.

Every performer was a highlight in his or her own right. All of them received raucous applause and even several instances of mid-act applause. Diva Darling, one of the burlesque dancers, left the crowd reeling with an act revolving around her hand being possessed by a sexually deviant demon. One of the comics, Kevin Phillips, brought the house down with a story of his students at the community college where he teaches comparing him to unfavorable celebrities. David Tveite challenged this later by poking fun at the fact that Phillips was the beautiful one of the group while he looked like “a praying mantis with a wig on.” I could go on, but this review would resemble a small novel if I did.

While this is not a production for the whole family, anyone who is over the age of 18 and loves a good time needs to head down to the Trinidad to see this production. As advertised, the show will leave you “feeling as fabulous and bubbly as any burlesque performer’s booty.” Some may say that this is a high standard. I say it is absolutely true.

Recommended for adults only. Contains nudity and profanity.