Meshaun Labrone takes the stage as 1960s Civil Rights leader Stokely Carmichael. Carmichael is organizing a protest and the diverse audience, just by being in the room, is taking part. “Leave now if you are not willing to die,” he warns. He looks at the audience and waits. No one moves. A moment passes and Labrone takes off his suit jacket and assuredly rolls up his sleeves. The audience is with him and the show can begin. 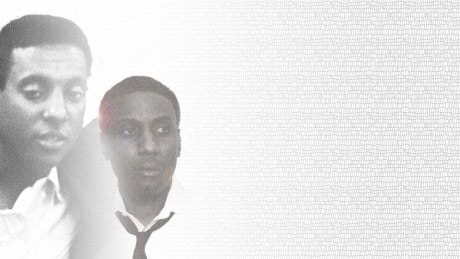 It could not be a better time for a show like POWER! Stokely Carmichael to come to DC stages, but if  you are looking for an in depth biographical account of Stokely Carmichael you won’t find it here. Labrone uses Carmichael’s views as a vehicle to explore the state of Civil Rights both past and present, transforming into different characters to address different aspects of Carmichael’s philosophy of “Black Power”.

As a writer Labrone knows how to take care of his audience. The subject matter is often hard to face and could easily push people away. Labrone is unafraid to write difficult scenes, but he always knows when the audience needs a break and throws in a comedic bit to relieve the tension. In the best of these scenes the comedy gives way to a message that is made even more startling by contrast.  There is a particular scene that uses this tactic which begins with a hilarious anecdote about over-spiced chicken and ends with such a profound conclusion that the audience starts questioning why they were laughing in the first place.

Labrone, on top of being a great writer, is a masterful performer. It is rare to find an actor of his skill and scope. He has a relaxed and capable body and his movements always further the understanding of the text. Jumping effortlessly from one character to another, Labrone has a great respect for each role he assumes and it is clear he has given every portion of the show the attention it needs to thrive.

Jennifer Knight directs, leading Labrone through an impeccably smooth production. Everything that exists in the show is there for a purpose. Following a brutal and affecting description of a lynching, an image of the victim that has just been described is displayed on the projection screen. It is so quick, gone before you have even processed what you’ve seen, but the image is left permanently seared in your mind. This is just one of the many powerful projection choices by designer Anika Harden. The lighting design by Marianne Meadow quickly sets the mood of each segment and Elisheba Ittoop’s sound design, which includes a wide array of music, voices of unseen characters, and a variety of sound effects, aids in the telling of the story without pulling focus from Labrone.

Meshaun Labrone speaks through Stokely Carmichael for much of this production, but it is clear that he has an equally strong voice of his own. He has a true gift for making an audience feel comfortable enough to face the things they are scared to face, and walk out okay at the end.