I have always been a fan of Edgar Allan Poe’s poems, but I have never been so moved than I was witnessing Robert Michael Oliver’s tour de force performance of 7 of Poe’s works, including his poems “Alone,” “Ulalume,” and ‘A Dream Within a Dream.”

And when Oliver becomes several characters in “Silence: a Fable,” it’s simply stunning!

And of course in the hands of this master “The Raven” was an experience I won’t soon forget. See for yourself:

I asked Robert why he decided to bring back these two shows that he has performed before to this year’s Capital Fringe:

“Both Poe and Whitman represent a spiritual quest. I began with Poe, and it was important for me to bring Embodying Poe back, re-imagined production-wise, so that spiritual quest could be brought to the fore: hence the recurring presence of the demon. Everyone knows the horror story Poe; few understand his search for peace.”

And it’s his search for peace that made this production so interesting to me. If you are a Poe fan or are not, the backstory that you will hear will add more understanding and meaning to his life and work and to the selection of poems that Oliver performs.

Douglas Fraser has composed a score with various musical themes and Marcus Oliver has contributed artwork (pastels, mixed media, crayon on paper, and pen and ink) that enhance the production and give it, at times, a supernatural feel. Stage Manager and Lighting Designer Elliot Lanes has created a shadow behind Oliver that gives the illusion that the late poet is right there beside him. Lanes also created the effective sound editing, and Elizabeth Bruce contributed the costume design.

Embodying Poe is one 2015 Capital Fringe production you must see. You’ll never forget it. Nevermore! 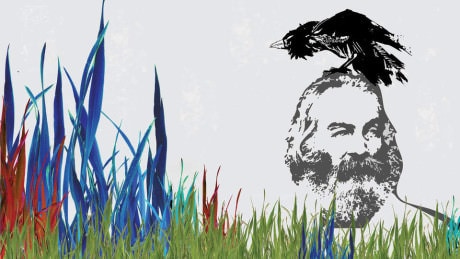