In a tiny black box space just south of the river, Brave Spirits Theatre, known for staging intimate updates of early modern and Jacobean drama, presents a rarely performed rumination on the depths of human morality.

Originally published by an unknown “T.D.” in 1639, The Bloody Banquet is believed to be a collaboration between Jacobean playwrights Thomas Dekker and Thomas Middleton. According to dramaturg Claire Kimball, it has rarely been performed since, due to textual problems and historical inaccuracies about authorship, as well as the play’s themes of adultery and cannibalism being too grisly for audiences to stomach. It was rediscovered and published in a more accessible text in 2007. 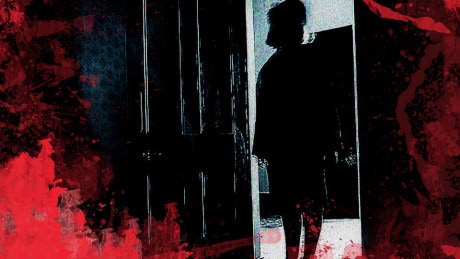 Banquet has all the trappings of great Jacobean theatre (and often Shakespeare, for those more familiar) – bed tricks (the switching or disguising of a lover so as to remain anonymous, unbeknownst to the person bedding them), hilarious 17th century sex puns, servants as double agents, murders, kings and queens, battles, spectacle, and, yes, cannibalism. I don’t want to give too much of the plot away, but there’s a particularly delicious-looking brain to be eaten, served up inside a human skull. All the food used in the play is real, and boy is it fun.

The story follows two warring kingdoms, Lydia and Lycia, at war. The Lydian king (Darius McCall) has been usurped by Armatrities, King of Cilicia (Matthew Edwards). Meanwhile, Lydia’s nephew, Lapyrus (James T. Majewski), has been bribed by the king of Lycia with the promise of marriage to his daughter if he attacks his uncle. This goes awry with the entrance of Cilicia, and Lapyrus flees. Cilicia banishes all but the Lydian prince, Tymethes (Gray West), who has secretly betrothed himself to the king’s daughter Amphridote (Natasha Gallop), but then falls for her young stepmother, the new queen (Jill Tighe). The queen’s lady-in-waiting Roxana (Hannah Sweet) arranges a liaison on the condition that Tymethes not see his lover’s face. And then, in typical Jacobean fashion, all descends into chaos.

The actors are the ones who carry the piece, as the set consists almost entirely of a throne and a table that is carried on and off, in a very thin diagonal line of playing space with seating o both sides. All the actors are doubled as the action switches between the two kingdoms. They’re all good, but noteworthy performances come from Matthew Edwards (King of Cilicia, Clown), Jill Tighe, James Majewski (who often changes instantly from Lapyrus to the Prince Zenarchus with nothing but a change of t-shirt), Jessica Aimone (Queen of Lydia), and Hannah Sweet and Ryan Dalsung (Mazares), who share a particularly fun scene in which Roxana and the scheming Mazeres reveal their plans as double agents (or do they?). Gray West as Tymethes also successfully plays a hilarious scene which calls for him to devour an entire chicken.

The cast and crew are to be commended for their work here. They’ve taken an early modern five-act work and cut it down impressively to less than two hours, without the story losing any of its bulk. Charlene V. Smith and Casey Caleba’s direction brought very solid performances, and the stark red, black, and white leather and lace costumes by Carmel Clavin and Melissa Huggins are great.

Ryan Swift Joyner also implemented use of a heartbeat, or a pulse, throughout some of the more intense bits of the story, and the sound works nicely. Unfortunately, a portion of the last scene is lit only with flashlights, and though this is part of the plot, I found it too dark, and it could be better served by lighting it more as not to make it difficult to see. I also found myself feeling that the sheer magnitude and scale of the piece – in spite of the excellent cuts made to slim it down to fit the specifications of Fringe – just didn’t fit the space. The play is just too big – great things could be done with it in a larger space that would allow it to breathe the air it needs to reach full potential. I hope they have the opportunity to expand it.