The Washington National Opera launches their 60th season with a visually gorgeous and vocally stunning Carmen. Clémentine Margaine takes on the role of the gypsy seductress – a role that every mezzo soprano loves, but few want to take on because of the vocal and emotional gamut she must run. In the coming year or so, Margaine will play Carmen in ten cities around the world. Apparently, one does not stage the opera these days without her; she makes her WNO debut in this production.Carmen and her love Don José (up-and-coming American tenor Bryan Hymel) are timeless roles.

When the opera debuted in 1874, the characters broke the mode of the opera comique and even today they seem contemporaries – a sexually unashamed woman who chooses her partners based on her desires and the man who wants to control her. It is as old as time and as relevant as ever. The production-  itself  from Canadian Opera Company  and newly staged for the WNO by Director E. Loren Meeker – feels fresh. It’s set in 1940’s, that most stylish of decades with impressive costumes (particularly for the matadors) by Francis St-Aubin. It’s heavy on the symbolism; each act opens with a flamenco dancers Timo Nuñez (from So You Think You Can Dance) and Fanny Ara with choreography by Sara Erde. They dance before a blood red scrim.

The set by Michael Yeargan, lit with Spanish sun by Robert Wierzel, is heavy on painted backdrops and dramatic angles. Act two takes place in the ruins painted with a giant palm and the dramatic ending plays out beneath the bullfight bleachers that reach to the top of the stage.

The libretto itself is also revamped. Georges Bizet wrote the music with a libretto by Henri Meilhac and Ludovic Halévy. However there are three to four versions of Carmen in existence, probably because Bizet died within a month of its premier and did not have to the chance to polish his masterpiece. That also meant he would never know of the opera’s success. It includes two of the most recognizable songs in the world but at the time critics hated it and audiences stayed away. Probably because the characters and plot were way ahead of their time.

Meeker and Music Director and Conductor Evan Rogister shaped the Carmen they wanted from older and newer versions. They wanted to minimize the spoken parts but still transition naturally to music. Opera comique is a bit like a modern musical with dialogue and distinct songs. The most famous of which are Carmen’s “Habanera” and the “Toreador Song.” Rogister kept both moving with an energetic hand at the baton. The opera is performed in French with English surtitles.

Margaine is a physical actor – embodying this character so completely – the original femme fatale. Her sound is raw and powerful particularly on her seducing “Seguidilla” and what’s known as the ‘Card Ari’: “En vain pour éviter,” when she reads her fate in the cards.

Hymel has the greatest journey from straitlaced soldier to crazed killer and has the gravitas to pull it off and the pipes to for the “Flower Song” about his endless love and their their final duet “C’est toi! C’est Moi!”

Michael Todd Simpson (Escamillo) looks the part perfectly – a head taller than anyone onstage – and the larger than life stage presence for his famous “Toreador Song.” Since the lead is a mezzo soprano, the soaring notes belong to Janai Brugger (Micaëla), José’s poor abandoned fiancée. She sings “Je dis que rien ne m’épouvante” about her fear and hope.

The rest of the cast are all current or former members of the Domingo-Cafritz Young Artist Program. Ariana Wehr and Aleksandra Romano (Frasquita and Mercedes) sound great, particularly for “Shuffle! Cut them!” as they read their fortunes in a moment of important comic relief. Christian Bowers and Rexford Tester (Le Dancaire and Le Remendado) are smugglers who both seem to delight in their role, especially for “Bel Oficier, Bel Oficier” with Kenneth Kellog (Zuniga), playing an officer and the first rival for Carmen’s affections.

The chorus is very busy for this show. They have a verse or two to sing in almost every song. WNO has also revitalized their children’s chorus. By far the highlight of the show for both is the final bullfight – “A Deux Cuartos!” (Only Two Quarters!) The visual tableaux and the sheer wall of sound makes an impression.

Carmen has been called a timeless classic and the WNO has played up that feeling with a set and mood heavy on symbolism and two leads who invest their characters with fresh energy. These are not the  virtuous heroes of traditional tragedy nor the buffoons of comic opera – these are two people who could live at any moment, flawed humans who are caught up in a game of love and obsession and revenge. It’s an entrancing and passionate tale, brought powerfully to life. 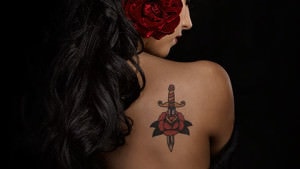