In Part 2 of a series of interviews with the director and cast of Laurel Mill Playhouse’s Sweeney Todd meet Chad Wheeler.

Joel: Please introduce yourself and tell our readers where they may have seen you on local stages before and what shows you and roles you have appeared in and played.

Chad: You may have seen me in productions at The Keegan Theatre, Toby’s Dinner Theatre, Rockville Musical Theatre, or Damascus Theatre Company.

Why did you want to appear in this production of Sweeney Todd? Have you appeared in other productions of Sweeney and if yes-who did u play?

How is this production similar or different from other productions you have appeared in, or seen?

I have no other productions to compare as I had not seen or been in it before.

Who do you play and how do you relate to your character?

Sweeney Todd…we can all find something we can relate to in our characters, even the darkest characters. I can relate to the hurt and pain that can be felt when you feel you have been wronged by life or other people.

What have been some of the challenges preparing for your role?

A lot of musical theater performers are VERY familiar with the show and music. Staying true to the music and story while bringing my version of Sweeney to life is challenging.

How would you describe Stephen Sondheim’s score for Sweeney Todd?

As with most Sondheim it is musically brilliant and cruel and unforgiving for singers.

What is your favorite song that you don’t sing in the show and why?

Worst Pies in London…it is both dark and very funny and perfectly sets up the character of Mrs. Lovett.

What are your solos/duets and what do we learn about your characters as you sing these songs/solos?

There are several…I enjoy the ones that are actually and internal monologue that give the audience a glimpse as to what is going on inside the mind of the character.

What has been the most challenging scenes/songs to learn and perform and how has your director helped you to overcome these challenges?

The whole show is challenging. TJ instills confidence in his actors and lets us know he has faith in us and our ability and choices.

What do you admire most about your castmates’ performances?

The commitment to the piece and its characters.

What does Sweeney Todd have to say to modern theatregoers? Why do you think it is still so popular?

Well, I feel that Sweeney Todd is a story of obsession in all its forms depending on the character and the dangers of letting your obsession overtake you. It is still a popular story perhaps because people seem to enjoy a good revenge story or maybe in the same way Texas Chainsaw Massacre has been redone so many times over the years. People have a fascination with horror.

What is your favorite kind of pie?

Chocolate Cream…but I would like to try a meat pie…if I am sure of what the meat is.

What do you want audiences to take with them after seeing Sweeney Todd at Laurel Mill Playhouse?

I think the best gauge of success is if audience members are still talking and discussing the characters and the story after the have left the theater. The best compliment is when a friend or audience member who has seen the show approaches me days after they have seen the show with questions or comments. It lets me know that the performances have stayed with them. 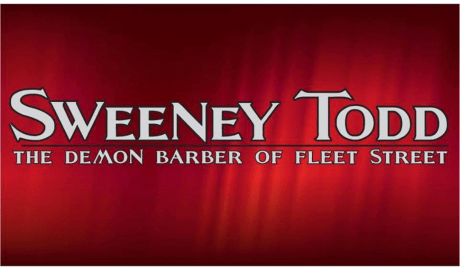