There is a reason Handel’s Messiah has been performed for hundreds of years. It’s a masterpiece and its intricacies, depth, and sheer mass make continually new interpretations both possible and, for me, expected. The National Symphony Orchestra’s (NSO’s) take on it last night at the Kennedy Center certainly lived up to the challenge and found still more new emotions to uncover. 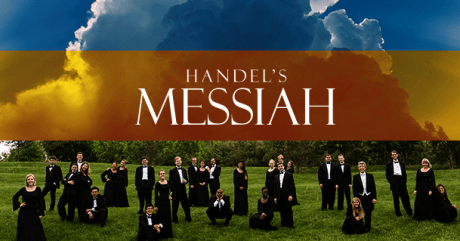 I always love attending NSO performances for just that reason. Their musicianship and absorption into what they are playing is a joy to watch. Each time I see them I learn something new about the various instruments in front of me from vibrato techniques to harpsichord trills and this concert was absolutely no exception.

In contrast to such an old piece and established orchestral group, the stage’s main players were new comers. Soprano, Emoke Barath; Contralto, Sara Mingardo; Tenor, Lawrence Wiliford; Baritone. Stephen Powell; and Conductor, Nathalie Stutzmann all made their NSO debut, but if it hadn’t been indicated in the program, I never would have guessed.

Barath’s light soprano was everything that angels and rejoicing should be, while Mingardo’s low, warm, earth mother tone filled the corners of the space and brought tears to my eyes as she mourned, “He was despised and rejected of men.” In Wiliford’s tenor I found an interesting mixture of truly stunning lyric passages followed by severely glottal entrances and runs that overemphasized the (albeit impressive) number of notes he was instructed to fit in so few measures of “Every valley shall be exalted…” To fill out the quartet of soloists, Powell’s low register could be described most aptly as a round rumble of sound. His beard and peppery hair added to an overall air of gravitas as he closed his pieces with the Recitative.

The choral pieces laced through out the evening were beautifully executed by the University of Maryland’s Concert Choir under the direction of Edward Maclary. The high cover of both the sopranos and tenors, especially towards the end of such a vocally exhausting piece, was particularly impressive. You could see each member get lost in the different movements as they swayed along with passages punctuated with percussive consonants and pure, ringing vowels.

But the performance’s star in my opinion was Nathalie Stutzmann with the conductor’s baton. Guided by her immensely expressive direction, both the voice and orchestra parts rose and fell with unmatched sensitivity. The iconic Hallelujah’s chorus crescendoed so organically it was startling, and “Wonderful, Counselor” bloomed into the rafters with the urging of her wide movements. The undivided attention she commanded and respect she has so clearly earned from those in front (and behind) her was equally as moving.

The evening’s program notes summarized her as rigor and fantasy embodied in a conduct and I have to agree. It would do her a disservice to say she just connected to the layers of the work, or even to say that she moved others to do the same. The piece shown through her, radiating from her fingertips, dancing through her toes, bouncing through her arms, shoulders, and legs to the floor where even she had to hold on to the rail to steady herself at times. For her, three dimensions weren’t enough to conduct with and her level of passion was truly an honor to witness.

As expected attending a National Symphony Orchestra performance of such a great piece of music, the evening was musically thrilling and absolutely to be recommended in its own right. But what I walked away with most keenly of all was an excitement to learn more about this new conductor, bursting on to the classical musical scene. One with a talent, like my smile by the end, too large for her to holdback and too delightfully infectious to be stopped.