In politics, the expression “Marxist farce” could well be a slur hurled by some puerile and petulant presidential hopeful (you never know these days). In theater, however, the term “Marxist farce” has a reputable history and legitimate meaning as the name of a genre. It just doesn’t pop up much. In the economics of commercial theater, Marxist farce is a rare bird, and it’s no longer much seen in the U.S. indie theater scene either.

If you’re looking for one of these uncommon agit-tainments, you’d be hard pressed to find a more interesting and important example than Dario Fo’s They Don’t Pay? We Won’t Pay! It’s the prolific Nobel Prize winner’s most produced play, written in 1974 and staged around the world since. Thanks to Ambassador Theater you can catch this classic work of working-class consciousness in a terrifically witty revival at Flashpoint.

In They Don’t Pay? We Won’t Pay!, Fo borrows farcical techniques from the Commedia Dell’Arte and boulevard theater of his native Italy as well as the Theatre of the Absurd. American audiences unfamiliar with these European traditions might more likely recognize echoes of Abbott and Costello, I Love Lucy, Martin and Lewis, and Jackie Gleason’s The Honeymooners. Indeed Fo’s two hilariously scheming housewives Antonia (Hanna Bondarewska) and Margherita (Moriah Whiteman) could be sisters to Lucy Ricardo and Ethel Mertz, and their two bombastic/bumbling husbands Giovanni (Darren Marquardt) and Luigi (Mitch Irzinski) could be doppelgangers for Ralph Kramden and Ed Norton.

The zany plot kicks off when consumer prices suddenly skyrocket and Antonia joins with other shoppers who are taking matters into their own hands by stealing food. Afraid her law-abiding husband Giovanni will find out, Antonia conceals some of the stolen food under her friend Margherita’s coat, with the result she looks  pregnant. The husbands’ bewilderment over this sudden fecundity makes for running gags aplenty. Meanwhile the law shows up in multiple guises (Peter Orvetti) intent on finding the incriminating food loot. The play is aimed squarely at a mass middle-of-the-road audience, cleverly constructed to keep ’em laughing all the way through to the very end, when Fo’s exhortation to build a mass movement of proletariat solidarity enters slyly if not subtlely, like a beneficent deus ex marxism.

Ambassador Theater is presenting the DC area premiere of a wonderful new-and-now translation by Jon Laskin and Michael Aquilante of Fo’s most recent rewrite (over the years he has continued updating it to keep pace with the dispiriting financial times), and it’s a real kick to listen to this adroit cast play it to the hilt. Zippily directed by Joe Martin and Danny Rovin, the production relocates the play from Milan to Newark, and changes Italian corporation names to contemporary U.S. behemoths like Citibank and Verizon. Also interpolated are some apt references to “the previous Pope’s” edicts against contraception and recent police activity in Baltimore and Fergusson. The first act is a hoot; the second act lags a bit. I sensed Fo overwrote a stretch. A labored subplot heist by Giovanni and Luigi supplants the far more madcap momentum begun by Antonia and Margherita. But that’s a script quibble.

The Ambassador Theater’s enjoyable production of They Don’t Pay? We Won’t Pay! smartly showcases a classic by one of world theater’s most influential political consciences.

Running Time: Two hours and 30 minutes, including one intermission.

They Don’t Pay? We Won’t Pay! plays through March 26, 2016 at Ambassador Theater performing at The Mead Theatre Lab at Flashpoint – 916 G Street, NW, in Washington DC. For tickets, purchase them at the door, or online. 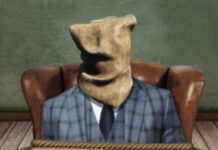