Mental illness, addiction, and inherited family trauma: these are the ingredients from which Leah Harris spins her solo performance. Working with Director Regie Cabico, she mined her painful family stories for humor. Says Harris: “I read a quote by Carrie Fisher once: ‘If my life wasn’t funny it would just be true, and that is unacceptable.’ I feel exactly the same way.”

Harris, a nationally-recognized mental health and suicide prevention advocate as well as a storyteller, was born in 1975 to a single mother diagnosed with schizophrenia. Her mother’s delusions often involved hunting for Nazis and saving the world from extinction. A preschool-aged Harris would often accompany her mother onto the streets, searching for Dr. Mengele. 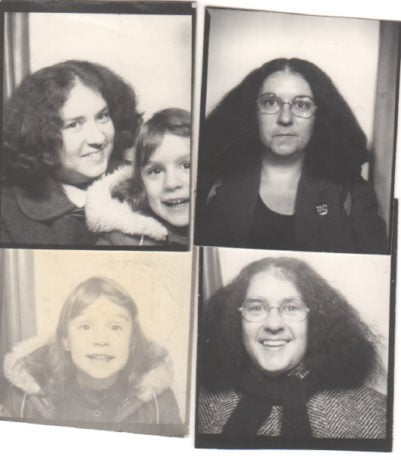 When she was five, she was removed from her mother’s custody and went to live with her compulsive, perpetually anxious grandmother, who told her stories about the anti-Semitic violence that drove Harris’ great-parents to emigrate to America in the early 20th century. The show reflects Harris’ lifelong search for understanding regarding the roots of and impacts of trauma in her Jewish family.

Harris would not escape her own mental health struggles. As a teen, she battled with addiction and suicide, and spent her adolescence in and out of treatment facilities. “What I discovered,” said Harris, “was that the mental health system was crazier than my mother and I ever were. There was rampant homophobia, massive over-medication, flat-out abuse, and just plain ridiculousness happening in the name of ‘care.’ I try to capture the absurdity of the so-called treatment I received and bring it to light in the show.”

Aliens, Nazis & Angels also captures the sometimes unorthodox ways we learn to cope and survive in a troubled world. As a child and teen, Harris found solace in ancient alien astronaut theories and science fiction films. (Her first girl crush was Linda Hamilton as Sarah Connor in The Terminator.) She also credits the films of John Waters, which were first shown to her in a mental hospital, as helping to save her life. “Waters was the first adult I had ever seen to validate freakishness, to make it OK to be weird,” Harris says.

The show is a testament to an enduring but twisted and complicated love between and among three generations of women in a troubled Jewish family: Harris, her mother, and her maternal grandmother. Ultimately, the show calls us to question how we understand and treat mental health conditions. “This show is my story, but in many ways it is a universal story. I want it to spark a larger dialogue about mental health, addiction, and family legacies – which affect almost everyone, either directly or indirectly.” 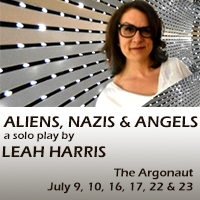