Jean P. Bordewich’s political drama Hunt turns back the clock to a divisive time in American politics – the early 1950s of Joseph McCarthy – but the characters and issues resonate in today’s political landscape. A passionate, high-profile Republican who blames minorities for America’s looming downfall. A powerful Democrat too focused on his own ascent to address pressing issues behind the scenes. Well-meaning politicians are caught in bi-partisan crossfire. 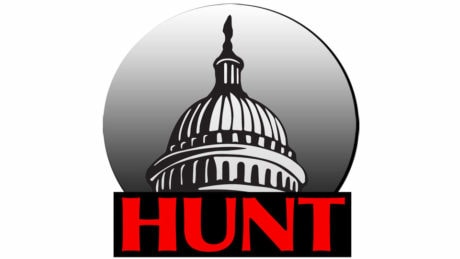 Hunt excavates the true story of Senator Lester Hunt (a solid Terry Loveman), who was blackmailed by McCarthyites Senator Styles Bridges (Scott Cummings) and Senator Herman Welker (Gary DuBreuil) in 1953. The Senators’ leverage against Hunt was the initially quiet arrest of his son Buddy (Brice Guerriere) for solicitation of a male undercover cop. Over the course of the play Hunt wrestles with whether to fight the system or give in, receiving help along the way from his insightful wife Nathelle (Suzanne Martin, in a sharp turn) and a kindly reporter (Michael David Anderson).

Despite some shortcomings in the script, Hunt benefits from strong performances. Director Kristin Shoffner manages an expert ensemble that fit well in the period setting. Anderson and Guerriere have a believable rapport, which brings some relief and humanity to the story’s development. Suzanne Martin is delightful to watch as the Senator’s wife, carefully balancing support and strategy. Cummings and DuBreuil are frightening as politicians who embody the banality of evil. Terry Loveman in the title role feels every bit the Wyoming politician: strong, principled, but still insecure at his core.

Audiences coming to the Flashpoint for Hunt will leave with a new perspective on history and, perhaps, even a new understanding of the present. With a disturbingly relevant subject, fabulous performances, and impressive design, Hunt should be near the top of every Fringe itinerary.

Note: This review/article was produced through the DC Arts Writing Fellowship, a project of the non-profit Day Eight, through funding from the National Endowment for the Arts, Humanities DC, Brink Media, The Clarice Smith Performing Arts Center, and DCRE Residential. To read additional articles produced through the fellowship visit Artapedia.com.