I wish that recent events had not made this powerful theater experience so necessary.

I wish that Capital Fringe would have come along again and this production would have warranted theatergoers’ advance attention mainly for the accolades it garnered during last summer’s festival (Pick of the Fringe Special Director Award, DC Theater Arts Best of Fringe) and on tour in L.A. 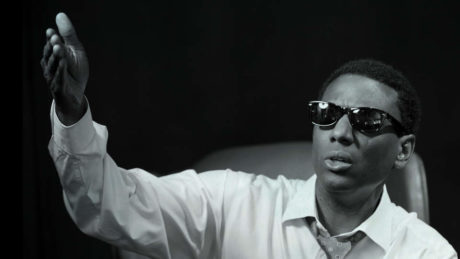 I wish I could have gone to the Trinidad Theatre to see this show and walked out overwhelmed solely on the basis of its formidable artistic merits—as one of the best-written, best-acted, and best-directed solo theater pieces I have ever seen, a polished work that could easily command any major stage in town.

I wish there were still some privileged standpoint of aesthetic distance from which this play about Stokely Carmichael could be discussed and appreciated as a superb work of art, applauded and recommended as a don’t-miss peak experience in artful docudrama and virtuoso performance.

I wish “POWER!” Stokely Carmichael did not have to matter like it does right now.

Running Time: 55 minutes with no intermission.

BEST OF THE 2015 CAPITAL FRINGE ON DCMETROTHEATERARTS.