Zero Days begins with a mystery. In 2010, an anti-virus expert from Belarus was tapped to help clients figure out what was going on with virus that had shown up on their networks with alarming speed. Before long, it was apparent that this virus had spread all over the world, prompting in depth scrutiny from security vendors like Symantec and Kaspersky Virus. You may even remember the brief panic that ensued when the extent of Stuxnet (an amalgam of two text fragments that appear repeatedly in the code) was revealed and you may have also then breathed a sigh of relief when the payload turned out to be oddly specific to some industrial machinery that wasn’t your personal computer or your bank account. And then the threat vanished. The truth about Stuxnet is much darker than a quirky, but ultimately benign and ever-present virus: it is a harbinger of cyberwarfare. 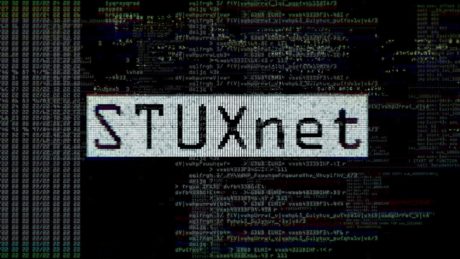 Gibney and his team break down Stuxnet in extraordinary detail thanks to the work of security researchers, such as Eric Chien and Liam O’Murcho at Symantec, among many others, all over the world. The film follows the crumbs left behind in the code (such as the unusually high number of zero day exploits contained in the virus, an important clue that gives the film its name) to a staggering truth. Stuxnet was aimed at a very particular set of industrial computers and the virus was concentrated in a very particular country. Now, in the tech corners of the Internet that I frequent, such as Ars Technica, Stuxnet’s true target has been well known for a long time, even if no one in the U.S. or any other government will actually confirm that Stuxnet was aimed at the centrifuges spinning away in Iran refining uranium. Gibney’s ultimate goal is not documenting the detective work of uncovering NSA’s involvement, which is common knowledge, but using that meticulous investigation to hammer away at the contradictions that operate at the heart of America’s cyberwarfare command and control structures, dominated as they are by the intelligence community’s ethos of silence. The film opens with a chorus of “No comments” from all of the government officials involved in the many governments concerned with Iran’s nuclear program (the CIA, the NSA, the GCHQ, Israel’s Dept. 8200, a division of the Mossad, the German BND, you know, everybody).

Gibney deploys an impressive array of visuals to accompany the many arcane technical details and talking heads involved with this story. Instead of merely getting a verbal explanation of what Stuxnet made that Siemens PLC do to a centrifuge, Gibney provides a digital animation showing it happen, for example. It’s an interestingly digital riff on re-enactments and entirely appropriate in a film dedicated to the digital mischief the NSA and others can create. Gibney’s most important asset, and most impressive display of digital graphics, comes in the form of a representation of an amalgam of NSA sources played by an actress, pictured above. Instead of relying on a blurred face and altered voice, Gibney distills these NSA sources’ thoughts into a script which is delivered by an actress whose likeness is digitally deconstructed, which allows for a much more visually interesting way to handle the information that these NSA sources want us to know about the parlous state that the secret pursuit of weapons of cyberwarfare has put us in. 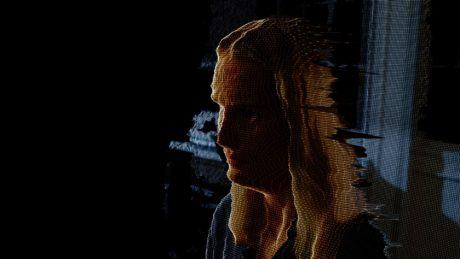 Zero Days is an attempt to wrestle with the kinds of contradictions that create a situation where a covert initiative from one U.S. agency accidentally spins off a virus so scary that the other agencies of the U.S. government scramble to protect themselves from… themselves. Zero Days reminds us of how flawed the classification process is as well as how the dangerous the consequences are of developing weapons of war without allowing public debate of policy to catch up. It is impossible to listen to the composite figure of the NSA talking about what the US could do to Iran without thinking of nuclear weapons; the only consequence missing was radiation and cancer. Zero Days reminds us that we are still living in a world with weapons of mass destruction, but they look different. The digital husk of one such weapon is a reminder of how close to the brink we have already come.

If you’re willing to lose some sleep over the future of the Internet of Things, Zero Days is playing at the E Street Cinema. Purchase tickets here.