Nathan (Andrew Flurer) is a 30-year-old, washed-up druggie who lives in a boarding house. Ellie (Karen Elle) is a life coach just trying to help Nathan out. And now they’re both in jail thanks to Nathan’s real estate mogul mother, Crystal (Kimberlee Wolfson). In this Natalia Gleason-directed comedy, Prison Break, Incorporated, one gets an inside look at what life is like behind bars, sort of. 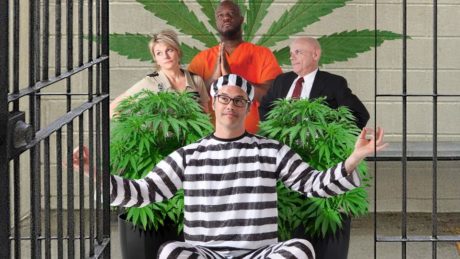 The for-profit Ravenstown Prison allows the public to spend a week in their wellness-inspired facility only to later leave through a race course. In the production, written by Derek Hills, one is asked what is a just sentence when it comes to drug distribution? When a crowd of people protests the prison and its corrupt administrator, Nathan asks, “What’s the point of protesting if nothing even gets done?”

While it asks serious questions, the play is hilarious and over-the-top. It’s smart, funny, and perfect for those who love Survivor or Orange is the New Black.

Running Time: 95 minutes, with no intermission.