Shirt Too Big, or Do You Like It?, by Sam Mauceri, explores the complex, fraught territory of sexuality and gender identity, following two bisexual students, April (Maria Ortiz) and Evan (Becca Ballinger), on a date in Evan’s bedroom. Both Ortiz and Ballinger turn in strong performances, giving life to Mauceri’s naturalistic dialogue and smartly navigating the more heavy-handed discussions of identity.

The play has interesting in-depth discussions of bisexuality but Shirt Too Big feels like a short selection from a longer play: key background details are unclear, secondary characters are underdeveloped, and the central conflict arises too rapidly to be satisfying. The play leaves one wanting for the full-length version and, with any luck, Mauceri will have the opportunity to develop it.

Everything Will Be by Joe Graf, explores an apparently simple late night encounter between two strangers on a park bench. A smoker (Maryam Foye) and a non-smoker (Noah Israel) meet coincidentally and, after a slow start, the non-smoker confesses that he has been struggling to find his way after graduating from college. Graf’s plot isn’t a great grab and Everything Will Be fizzles a bit by the time it reaches a climax. Moriamo Akibu’s sophisticated direction and the performances from Israel and Foye helped the play spark.

A deconstructed theatre work, Rock, Paper, Scissors, by Sisi Reid, pulls apart the identity of a black queer woman. Rock, Paper, Scissors doesn’t have a traditional plot or characters; Black (Foye), Queer (Ortiz), and Woman (Ballinger) fight it out in high-stakes rounds of rock, paper, scissors. Through each “shoot out” the characters try to understand each other, but of course ultimately one wins while the other loses, reflecting the difficulty of integrating distinct identities. The performances and direction were weaker for Rock, Paper, Scissors than for the other plays, possibly simply because instructive works are particularly difficult to execute without cliché. Reid’s work was a clever way to end an evening that was also about young people finding their way. 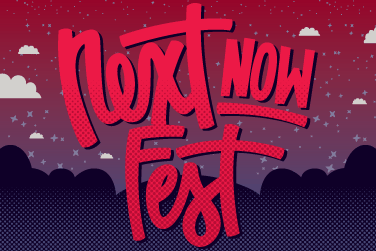 The NextNow Festival’s alumni commissioning program is in one way an opportunity for audiences to get a preview of the talent produced by the University of Maryland’s performing arts program. And for these three alumni playwrights, it must be comforting to know that the institution that fostered them remains supportive of their futures. There’s room for these young artists to grow, but Saturday night’s performances suggest their futures should be very bright indeed.

Jonelle Walker is a 2016 DC Arts Writing Fellow with Day Eight. She is also a Theatre History and Performance Studies masters student at the University of Maryland, a freelance theatre writer, and the Artist-in-Residence and Literary Manager for Blind Pug Arts Collective. She earned her undergraduate degrees in Literature and Theatre Arts from American University in 2013.