Flying V is winding down its awesome run of Be Awesome: A Theatrical Mixtape of the 90s, and here is cast member Bob Manzo’s personal Mixtape. 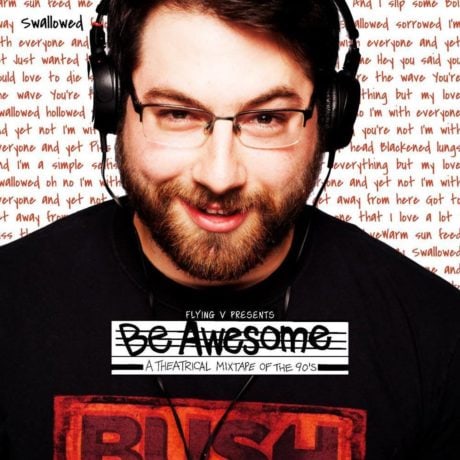 Local H – Bound For The Floor

Everclear – So Much for the Afterglow

I choose the song Head Like a Hole because it was the first song that introduced me to dark electronic music. I have considered it a huge influence in the music that I make now. I also have a tendency to beatbox the beginning of song when I am feeling bored.

LINKS:
‘Be Awesome: A Theatrical Mixtape of the 90s’ at Flying V reviewed by Michael Poandl.

Be Awesome: A Theatrical Mixtape of the 90s plays through October 9, 2016 at Flying V Theatre performing at The Writer’s Center – 4508 Walsh Street, in Bethesda, MD. For tickets, purchase them online.