In part three of a series of interviews with the cast of Damascus Theatre Company’s Children of Eden, meet Kendall Sigman.

Joel: Where have local theatergoers seen you perform before on our local stages? What roles have you played?

Kendall: I recently played Janet in The Drowsy Chaperone with Damascus Theatre Company, and have done a lot in Frederick. I’ve played Elle in Legally Blonde with 24/7 Dance Studio and just choreographed and played Susie in Babes in Arms with Fredericktowne Players last month. 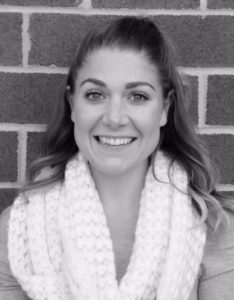 Who do you play in Children of Eden, and how are you and your character alike and different?

I’m playing Yonah. Yonah and I are similar in a way that we are both accepting and passionate. She’s very soft spoken and almost shy, and I don’t think I’m like her in that way.

What is Children of Eden about from your character’s point of view?

From Yonah’s point of view, Children of Eden is about the consequences of the actions of Adam, Eve, and Cain. Yonah is a servant girl from the race of Cain, and struggles throughout the second act with choosing between life, love and what she thinks is right.

Yonah’s song “Stranger to the Rain” was a challenge for me, emotionally. She is going through the song, trying to accept the fact that she’s going to die, and that was a hard concept to come to terms with, and portray emotionally.

How did Director Keith Tittermary help you with your challenges and what is the best advice he gave you about playing your role?

The best advice he gave to me was a comment he made early on in the rehearsal process, and was that I needed to make Yonah so lovable. He brought up the point that besides the fact that she is from the race of Cain, she doesn’t have a lot of flaws, and that has helped me with characterization a lot.

How would you describe Stephen Schwartz’s score for The Children of Eden?

Magical. This show is in my top three favorite shows of all times, and it’s because of the music.

How would you describe a Stephen Schwartz song?

Which song that you don’t sing is your favorite and why?

“Lost in the Wilderness,” “A World Without You,” and the “Ring of Stones/Clash of the Generations” sequence. Too many great ones to choose from.

What do we learn about your character when you are singing your solos or duets?

We learn about Yonah and her situation she’s in and a little bit about her past. In her duet with Japeth, the audience gets to see their relationship and the struggle they are dealing with in the show.

Why and how is Children of Eden so relevant to today‘s audiences?

There’s one specific line in one of the songs that I find completely relevant to our society. The line is “Our hands can choose to drop the knife, our hearts can choose to stop the hating.” There’s so much hate and violence in our world right now and I think this line sums up the reality of it.

There are over 30 cast members in this cast. What have rehearsals been like? When did you rehearse your role and songs? What has impressed you most about your fellow cast members and their performances?

Rehearsals have been really fun! We rehearsed 3-4 nights a week. I think the diversity is what has impressed me the most about my cast members. So many people do so many different things in the show, and everyone really commits to what they’re doing and characters are coming through and it’s really awesome.

What have you learned most about yourself-the actor-while going through this Children of Eden experience?

This is one of my first serious roles, and it’s made me realize that I really like playing kind of darker roles. Janet, Elle, Reno, and the last couple of characters I’ve played have all been very outgoing and funny, so playing a darker, more reserved character has been really great.

What do you want audiences to take with them after seeing you perform in Children of Eden?

A sense of love and forgiving. Everything these characters do in the show is for love, whether it be romantically or platonically between family members, so I hope the audience feels that at the end of the show.

Children of Eden plays through November 20, 2016, at Damascus Theatre Company performing at Olney Theatre Center – 2001 Olney-Sandy Spring Road, in Olney, MD. Tickets can be purchased at the door or online.