Best Christmas Pageant Ever, the second production of The Providence Players of Fairfax’s 19th season is delightful Christmas family fun. Written by Barbara Robinson in the 70s and directed by WATCH Award-winning director Liz Mykietyn, the show is co-produced by The Young Hearts Foundation, a charity that helps young people with long-term illnesses. The performances, by the mostly child-to-adolescent cast made the Best Christmas Pageant Ever a winner. 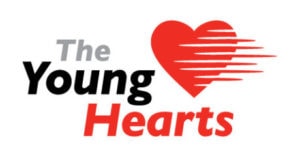 Best Christmas Pageant Ever, based on Robinson’s book, shows the struggles faced by the director of a stage show, particularly one involving lots and lots of children. The director within the show, Grace Bradley (the delightful Michelle Shader), a regular suburban mom, faced just that challenge, after being chosen to direct her church’s Christmas pageant, after perennial, imperious director Mrs. Helen Armstrong, (Cheryl Bolt), broke her leg. The casting and rehearsal process, the jitters of opening night—actors in the audience, young and old could relate to this.

Grace’s friends and neighbors, expected the same pageant as in years past. But that proved to be a challenge for Grace when six bad a** children, the Herdmans, insisted on being cast. The Herdman children, Claude (Gavin Friel), Imogene (Nora Rice), Ralph (Jack Wright), Loretta (Kashvi Ramani), Ollie (Ariel Indrisano), and Gladys (Erika Friel), had a reputation for stealing, cursing, lying and smoking. The Herdmans made Grace wonder aloud if, with the Herdmans in the cast, the Christmas Pageant shouldn’t be renamed Revenge of Bethlehem.

Young actress Evelyn Izdepski played Grace’s daughter Beth Bradley and did a great job keeping the story moving along with her broken-fourth-wall narration. I loved Samuel Pounds as her little brother Charlie Bradley, who complained of being harassed by Imogene. The Bradley family was rounded out by patriarch Bob Bradley (well played by Daniel J. Calderón).

The children and adolescent ensemble of the show was quite large, 9 actors strong (the program listed six child wranglers); the combined Angel choir and Baby Angels did an excellent job with the traditional Christmas hymn “Gloria in Excelsis Deo” during their play-within-a-play performance.

I liked Brian O’Connor’s simple set, which consisted primarily of a family dining room and a minimalist church steeple. The costumes, including the play-within-a-play ones, were well done by Robbie Snow.

Best Christmas Pageant Ever shows that even “bad” kids can do good. The show will warm the heart of every family who sees it. It’s definitely another sugar plum for this Christmas season.

Best Christmas Pageant Ever plays through December 18, 2016, at Providence Players of Fairfax, performing at the James Lee Community Center Theater – 2855 Annandale Road, in Falls Church, VA. For tickets, call the box office at (703) 425-6782, or purchase them online.