Love was in the air as The National Chamber Ensemble presented their Valentine’s Day performance called Vive la France: The Magic of Saint-Saens.

The concert was described as:

Celebrate Valentine’s Weekend with music and passion of the great French romantic virtuoso composer Camille Saint-Saens. Listeners will be swept away on a magical journey. Featuring the Sonata for Violin and Piano, Fantasie for Violin and Harp Op.124, and the Piano Trio No. 2 in e minor, Op.92. The perfect music for a weekend of romance.

And it was the perfect way to spend a romantic evening with someone you love by attending this wonderful pre-Valentine’s Day concert. There was superb playing by musicians extraordinaire: Carlos César Rodríguez (piano), NCE’s Artistic Director Leonid Sushansky (violin), Michelle Kim (violin), Melissa Dvorak (harp), and Sean Neidlinger (cello).

After National Chamber Ensemble Honorary Board Member and Guest Host Helene Tartakowski passionately introduced the program, it was on to

In 1907 Saint-Saëns composed a lightly scored single-movement duo for violin and harp, calling it a “Fantaisie.” The two instruments complement one another in different ways as the work makes its way through a series of episodes. At first the violin sings the solo line, accompanied by the harp; then the roles are less clearly defined. Eventually they even exchange places in the musical texture, with the violin providing support beneath virtuosic activity in the harp. In the cyclic manner of many French composers of the time, the opening materials are recalled in the closing pages of this intriguing work that is so unlike most of what we know from the composer of Danse Macabre and Carnival of the Animals.

Saint-Saëns wrote three concertos, a handful of showpieces, and two sonatas for the violin. In his Violin Sonata in D minor, written in 1885, lyricism is combined with sheer bravura and a last movement that could be considered one of the most exciting in the repertoire.

Throughout the work, the interplay between the important lines exchanged by the violin and the piano are quite seamless. The work opens with an undercurrent of tension led by the piano, taken over by the violin and then returned again to the piano. Neither instrument dominates; rather, the piece requires keen ensemble awareness and virtuosity from both performers.

There are four movements, the first two and the last two each played without a break. The characteristics of the first two movements most prominently display the musical maturity of the performers, alternating between moods of agitation, alacrity, ecstasy, and reflection. The third movement is in a minuet-like triple-meter and is without any flowering: simple and elegant. When the finale starts, however, the motion is unstoppable. While there are occasional moments of tuneful calm, the music moves at a consistent, forward pace, and the piece gains momentum until the very end. The final section, which is played in simultaneous octaves by the two instruments, heightens the intensity of excitement bringing the work to a fiery conclusion.

We know what a passionate musician Mr. Sushansky is, but Mr. Rodriguez is a cyclone when he tickles the ivories. Together, their playing was scintillating.

After intermission, The Swan from the Carnival of the Animals was performed by cellist Sean Neidlinger and pianist Carlos Cesar Rodriguez and the harmonies that were produced were simply gorgeous and so elegant like the swan itself.

The Swan,(Le cygne) is the 13th and penultimate movement of The Carnival of the Animals by Camille Saint-Saëns. Originally scored for solo cello accompanied by two pianos, it has been arranged and transcribed for many instruments but remains best known as a cello solo. Le cygne is often known as The Dying Swan, after a poem by Tennyson. Inspired by swans that she had seen in public parks, Anna Pavlova worked with choreographer Michel Fokine, who had read the poem, to create the famous 1905 solo ballet dance which is now closely associated with this music. According to tradition, the swan in Pavlova’s dance is badly injured and dying. However, Maya Plisetskaya re-interpreted the swan simply as elderly and stubbornly resisting the effects of aging; much like herself (she performed The Swan at a gala on her 70th birthday). Eventually the piece came to be considered one of Pavlova’s trademarks.

The combination of the piano and the cello has always been one of my favorites and these two fine musicians delivered a stirring performance.

I am working quietly away at a trio which I hope will drive to despair all those unlucky enough to hear it. I shall need the whole summer to perpetrate this atrocity, one must have a little fun somehow.

So wrote Saint-Saëns to a close friend in the spring of 1892 about what has often been called the greatest French piano trio of the 19th century. The truth was that Saint-Saëns worked long and hard on this work, putting, as one critic noted, all of his accumulated experience and wisdom into this. Here is one of the great masterpieces of the piano trio literature. It is hard to understand why it is not a staple in the concert hall.

The piece takes the listener on a roller coaster of musical styles and this daunting task was accomplished successfully by the three musicians as they took the audience on a wild ride. And as Mr. Rodriguez stated in his humorous introduction of the composition:

(Paraphrasing here) “This is a strange choice for a Valentine’s Day concert.”

It may have been but the enthusiasm and love we heard as the musicians played their hearts out, was a fitting finale for a love-filled concert, and was an appropriate way to make our way to the post-performance reception which, as you can guess, featured many tasty heart-shaped chocolates and lots of Hershey’s kisses. 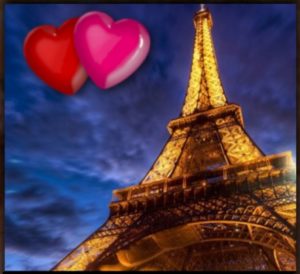 Vive la France: The Magic of Saint-Saens was performed by The National Chamber Ensemble on Saturday, February 11, 2017, at The Rosslyn Specrum Theatre – 1611 North Kent Street, in Arlington, VA. 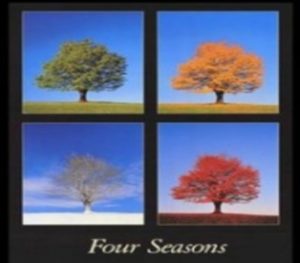 The next performance of the National Chamber Ensemble will feature a performace of The Four Seasons of Vivaldi and Piazzolla, on Saturday, March 25, 2017, at 7:30 PM, again at The Rosslyn Spectrum Theatre. Purchase tickets here.