An intriguing musical piece of consequential historical value, The Keegan Theatre’s production of the Award-winning musical Parade is unapologetically dark and honest. Based on actual events, the musical follows the struggles of Leo Frank (played by Michael Innocenti), a Jewish factory superintendent who was convicted of a crime he did not commit, and his relationship with his wife Lucille Frank (played by Eleanor J. Todd). Directed by Christina A. Coakley and Susan Marie Rhea for Keegan Theatre’s 20th anniversary season, The Keegan Theatre’s riveting Parade is a production that should not be missed.

Before he blew us out of our senses with the entrancing score to The Bridges of Madison County, Jason Robert Brown made his mark on Broadway with the hauntingly beautiful score to Parade. Earning him his first Tony Award in 1999 for best score, the music of Parade fits like a perfect puzzle piece when played against Leo Frank’s story as told by the musical’s book writer Alfred Uhry. The Tony Award-winning score by Jason Robert Brown featured musical direction by Jake Null, filling the Keegan Theatre with a range of beautiful melodies from folk to blues.

It is safe to say that the story was in good hands, when entrusted to Alfred Urhy, who wrote the book for the piece (and won a Tony for it). Uhry brought a personal connection when telling the story as his grandmother’s brother-in-law owned the factory at the center of the story.

Act I sends us to Marietta, Georgia (“The Old Red Hills of Home”) where Leo Frank (played by Michael Innocenti) and his wife, Lucille Frank (played by Eleanor J. Todd), live. It is Confederate Memorial day and the townspeople are gathered for the memorial parade (“The Dream of Atlanta”). Leo makes his frustrations known about how he, a Jewish man from Brooklyn, doesn’t seem to understand (or even fit in with) the people of Georgia (“How Can I Call this Home”). From the beginning of the act, Leo is dismissive toward his very patient and loving wife. The story quickly turns sour for the main character when one of his employees at the factory is found dead the next day. Little thirteen year old Mary Phagan (played by Cassie Cope) was last known to have gone seen her factory superintendent, Leo Frank, for her pay.

The production highlights how the people in Georgia don’t seem to understand Leo – a Jew from the North, the same way Leo doesn’t understand the attitudes of the people from the South. They find him suspicious because of the way he acts, traits that (although pretty normal) seemed strange and incriminating. By this point, it is clear that the people from Georgia want justice to be served, and Keegan’s production takes us through the emotional roller coaster as Leo Frank’s fate plays out.

The entire cast, directed by Susan Marie Rhea and Christina A. Coakley, was more than exceptional in their roles. Michael Innocenti plays the role of Leo Frank as a sometimes dismissive yet responsible man just trying to create a future for himself and his wife. Through exceptionally emotional singing in songs like “All the Wasted Time,” Innocenti makes it difficult for anyone to not shed a tear for the injustice done to his character.

But it was Eleanor J. Todd that shone the brightest, a pure delight with a beautiful voice and tremendous acting, I truly hope to see her bring her talent to another production in the DMV  Desperate to clear her husband’s name, she pours her soul on the stage in the powerful “You Don’t Know This Man.” Her determination to fight for her husband is clearly shown in her performance of “Do It Alone” and again in “Pretty Music,” in a scene shared with Timothy Hayes Lynch as Governor Slaton.

Scenic Designer Matthew J. Keenan sets the early 1900’s tone with a mostly wooden and spacious stage, complimented by an eerie tree figure at the center that connects two staircases with balconies at each side. The tree is a grim backdrop, as those familiar with the story of Leo Frank know that it’s the place he will meet his end. This production adapted the use of round wooden crates as a universal prop, having the actors cleverly re-using them differently scene after scene.

The lighting, designed by Colin Dieck, gives life to the stage’s tree, changing colors to match the tone for each scene. Costume Designer Sydney Moore brought beautiful period costumes to this production which were topped off with the early 20th century hair and makeup designed by Craig Miller. The entire design team made the cast blend perfectly with the tone emitted through the story. The choreography by Rachel Leigh Dolan was effective in the storytelling.

As a result of Leo Frank’s case in 1913, strong anti-Semitic sentiments emerged from the trial depicted in the musical in the south, resulting in many Jewish southerners living with much caution and fear. Many years later, the Georgia State Board accepted its failure to protect Leo Frank, and their failure to address the question of his guilt or innocence by granting him a posthumous pardon in 1986.

The original production didn’t have a long life in the Great White Way, as it closed after 84 performances. But it has found life after death, this Keegan Theatre production that brings a unique take on this dark tale that immerses the audience into early 20th century Georgia. The tragic story reminds us of the failures in human history, and the consequences of hatred towards those who are different.

Running Time: Two hours and 45 minutes, including a 15-minute intermission. 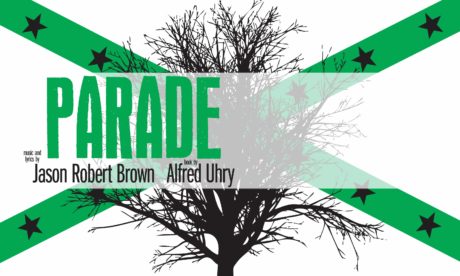