Accompanied by a phalanx of golden shield-carrying gladiators, The Goddess of Pop strode onstage last night in a massive afro and shimmering turquoise and silver ensemble that exposed one singular, very buff, perfectly rounded butt cheek. Seventy is the new twenty, if it’s Cher we’re talking about.  Glamorous, fit and fierce, she seized the night with style and purpose, opening to deafening cheers with, “This Is a Woman’s World.”

A two-tiered Moroccan palace with central dome served as backdrop for a myriad of cultural themes as Cher took her fans through an intimate tour of her life before during and after the Sonny Bono years in her latest show, CLASSIC CHER.  Projected above the stage were vintage videos of her childhood interspersed with film clips from her movies and bits from her three CBS variety shows – The Sonny & Cher Comedy Hour, Cher, and the short-lived The Sonny & Cher Show. For fans of the raven-haired beauty this was solid gold.  (Sony’s Get.TV runs the shows on Monday nights). 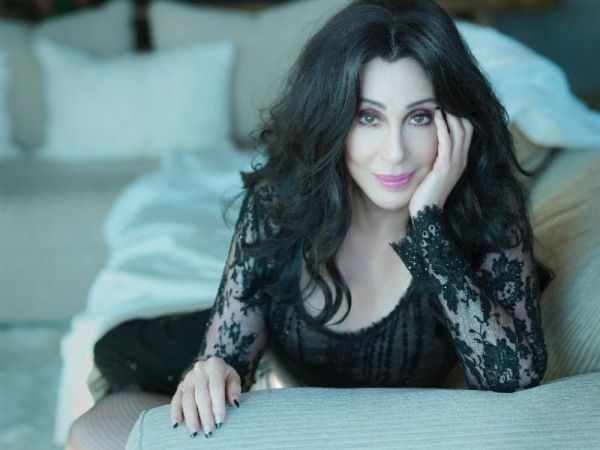 Cher. Photo courtesy of the Old Town, Alexandria Patch.Just as riveting were snapshots of the clothes she wore – the bejeweled Bob Mackie gowns, the Op Art Mary Quant miniskirts and white go-go boots of the mid-60s, the tie-dyed shirts and bell-bottoms of the psychedelic era – that brought back memories of Cher’s major influence on the pop fashion scene.  There was no mistaking that this show was as much about her spectacular wardrobe as her Grammy Award-winning pop songs, as she took us through the history of the music, costumes,  and wigs from the mid 1960s and throughout the history of her meteoric career.

As the pop diva regaled fans with personal stories about her life and times both on stage and off, she sang duets with Sonny on video of some of their most fondly remembered songs – “The Beat Goes On”, the 1965 hit “All I Really Want to Do” and “I Got You Babe”, the closing number in the pair’s first show and a song she’s been reluctant to sing in the past, fearful she’d break down in tears.

Surrounded by nine dancers, some doubling as acrobats perched high above the stage, Cher made as many as ten costume changes to dovetail with her greatest hits. There were grass-skirted African dancers, a burlesque scene from a Berlin cabaret, Cher in hot pink veils a la Scheherazade, a life-size faux elephant that emerged for the circus-themed “Gypsies, Tramps and Thieves”, and of course, the full-feathered Indian headdress that she wore for the 1973 song, “Half-Breed” which was only her second US solo number.

Between snippets of songs, laser lights, Pop Art graphics and video footage, the Oscar-winning actress told of her musical influences – Tito Puente, Hank Williams and ultimately Elvis who above all inspired her to take risks. And isn’t that what this show is all about. Cher, backed by five musicians, proving that the beat does indeed still go on.