Founded in 1981, the mission of the League of Professional Theatre Women, a non-profit advocacy organization headquartered in New York City, is to promote increased opportunities, greater visibility, and a positive image for women in the field, through numerous programs and events. Each year the LPTW holds an awards presentation to recognize the exemplary work and dedication of its chosen recipients. The 2017 Awards Celebration, held at the Times Center on Friday, March 31, and hosted by accomplished actor, singer, and producer Tamara Tunie, honored outstanding women in six different categories.

Opening the evening was a welcome from 2016-17 LPTW Co-Presidents Carmel Owen and Lisa Rothe, and an introduction by Daryl Roth and Theresa Rebeck on the Advisory Council, created to support members and to encourage more women to work in the industry. Rebeck, after relaying a few funny stories about her personal experiences with the paucity of women in positions of power in the theater, concluded her comments on a serious note about how important it is “that our voices be heard.”

All of the speakers, presenters, and recipients made their voices heard loud and clear, addressing such current key issues as the value of the arts in our culture, the significant contributions women have made, and the need for inclusion and diversity in all areas, to be reflective of our population. They also offered personal insights into the work they do, the emotions it generates in them, the struggles they’ve encountered, and their sincere appreciation for the recognition and encouragement they’ve received from the LPTW.

The Ruth Morley Design Award went to Linda Cho, whose costume designs for A Gentlemen’s Guide to Love and Murder won the Tony Award in 2014. Director Darko Tresnjak, with whom Cho has collaborated on more than 50 productions (including the new Broadway musical Anastasia), presented her with the award, lauding her as an “expert at the comic and the epic.”

Director Lileana Blain-Cruz was this year’s winner of The Josephine Abady Award, given annually to an emerging director, producer, or creative director of a work of cultural diversity. Her projects have included plays by Suzan Lori-Parks and Branden Jacobs-Jenkins (a friend since their freshman year in college), who presented her with the award. After the ceremony, she revealed to me that she was “very moved by this event” and by “the whole point of being supportive of each other to make better art.”

Liesl Tommy, Tony-nominated as Best Director for Eclipsed, received The Lee Reynolds Award, dedicated to illuminating the possibility of social, cultural, or political change. A statement by playwright Lynn Nottage, who was unable to attend, commended her as “a talent to be reckoned with,” who “creates work that has impact” and is “in dialogue with our times.” Born in South Africa under apartheid, Tommy cited Nelson Mandela in her acceptance speech, and expressed the feeling that it’s her “job to create a community – creating space and giving access to people of color.” She later told me she was honored to be a part of the LPTW event and “an organization that’s in the 21st century.”

Given to an aspiring woman working outside the traditional theatrical disciplines and exemplifying creative promise, The LPTW Lucille Lortel Visionary Award was presented to Emily Simoness, Founder and Executive Director of SPACE on the organic Ryder Farm in Brewster, NY, by playwrights Samuel D. Hunter and Clare Barron, and storyteller Mfoniso Udofia. After having hosted over 1000 theater artists for non-consecutive five-week summer residencies, Simoness is continuing to build the program while “listening to what the community wants,” with new initiatives for working mothers and increased diversity.

Jess Chayes, Director and Founding Co-Artistic Director of the experimental Brooklyn-based company The Assembly, took home The LPTW Lucille Lortel Award, in recognition of a woman showing creative promise in any discipline of the theater. Director Neil Pepe applauded her “quiet wisdom” and “spectacular vision” (as recommended to him by Irish playwright and director Conor McPherson), and Chayes affirmed her commitment to the “power of stories to connect us” and “to breed empathy,” then graciously shared the award with The Assembly, all of whom “built the work together.” Ensemble members Emily Louise Perkins, Edward Bauer, Stephen Aubrey, Lucy Jackson, and Ben Beckley (Chayes’ husband) were there to cheer her on, telling me before the presentation that they were “beyond thrilled” because they “don’t know anyone who works harder than Jess” and because they admire “her vision to incorporate the voices of everyone in the room.” Chayes called the evening an “incredibly encouraging and beautiful experience, hearing so many women’s inspiring words. It’s something I will not forget.”

Composer/lyricist/playwright Carol Hall, well-known to audiences for her award-winning musical The Best Little Whorehouse in Texas and her hit song “Hard Christmas Candy” (recorded by everyone from Dolly Parton to RuPaul) was presented with The Lifetime Achievement Award by writer, teacher, and long-time friend Julie Gilbert. The very modest Hall was clearly touched by the honor she received, and Gilbert responded with a resounding “Yes! It really does!” when I asked if it meant something special for her to present the award on behalf of women honoring women.

The ceremony concluded with live performances of Hall’s popular “Jenny Rebecca” by Bob Stillman and a medley of Hall favorites sung by Sally Mayes (with Laura Hall, Rita Markova, Rachel Rhodes-Devey, Georgia Sackler, Aubrey Sin, and Hana Slevin). The celebration then moved on to Sardi’s for the Big Mingle – an after-party cocktail reception at which the honorees and guests continued the revelry, engaging in personal conversation, community interaction, and professional networking.

Executive Board Member of the LPTW Frances McGarry was particularly pleased with this year’s event for two reasons: it met and exceeded the objective of honoring women by taking the awards one step further in reflecting diversity and vision; and it recognized the urgency at this time to get together to honor the importance of the work. “This year, more than ever, the LPTW shines bright!” I’m sure everyone in attendance would agree with her assessment. 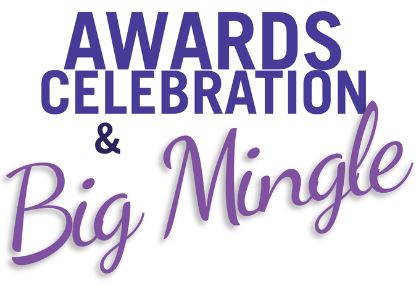