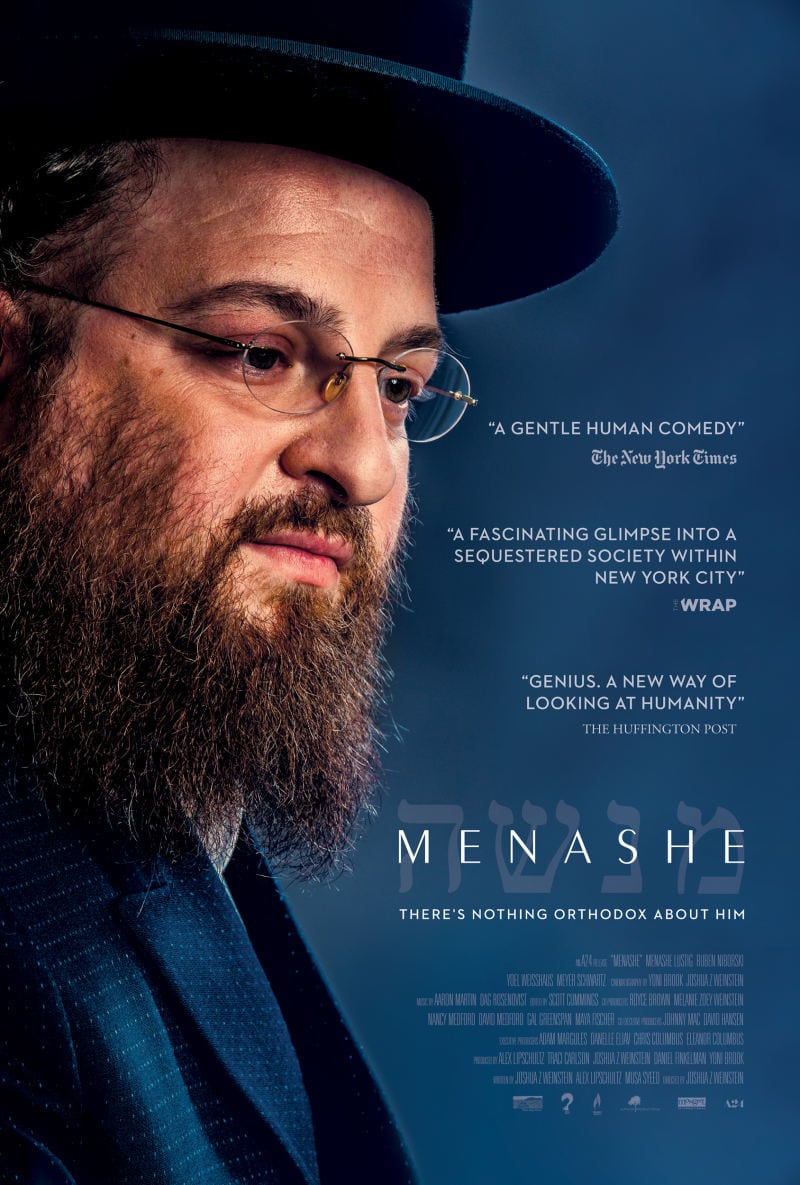 Fuelled by fantastic performances and effective cinematography, Joshua Z. Weinstein’s Menashe brings to light the world of Brooklyn’s ultra-Orthodox Jewish community through the story of a widowed man’s struggle to keep custody of his son.

Menashe (played by Menashe Lustig) is an Orthodox Jew struggling to keep his life together after his wife passes away. He works as a grocery clerk and toils under an unscrupulous boss who has no sympathy for Menashe’s troubles. He also is also looked down upon by his community because he insists on raising his son, Rieven, without a mother, which goes against their traditions. But therein lies the problem. Because of his status as a widower, Menashe risks losing his son.

The power of the film stems mainly from the characters, especially the titular character. Lustig portrays Menashe as a loving yet overwhelmed father who carries the weight of the world on his shoulders. What really wowed me about Lustig’s performance was his ability to convey emotion through non-verbal cues. Menashe suffers verbal abuse frequently throughout the film. Whenever he is being chastised, especially by his boss and overbearing brother-in-law, he lowers his eyes in defeated exasperation because he knows that whatever he says, he will receive no sympathy from anyone. The look on his face is enough to have audiences praying that things will get better for the poor man. Lustig also shows the ability to act through his eyes. You feel his pain and sadness as he and his son watch an old cell phone video of Menashe’s deceased wife.

The rest of the supporting cast is equally as excellent. Niborski is great as the son who loves his father but also feels the weight of his father’s hardships. Lustig and Niborski’s chemistry makes the father-son relationship all the more believable. The other standout performance comes from Yoel Weisshaus, who plays Eizik, Menashe’s brother-in-law. Weisshaus’ condescending attitude and disrespect for Menashe make him a character worth loathing. He looks down on Menashe’s desire to do things outside the norm of their society and uses it as reinforcement that Menashe is an unfit parent for his son.

Weinstein makes his directorial debut in narrative fiction and delivers a wonderfully-shot, authentic film. The film has an almost documentary-like feel to it and is spoken almost entirely in Yiddish. There are many long-range camera shots filmed from hiding so as not to be noticed by the surrounding community. Weinstein and Cinematographer Yoni Brook also include some moving POV shots including Menashe watching from his window as Eizik comes to take Rieven to stay with him. Some of the best shots come from focusing on the Orthodox celebrations. Particular attention is paid to the movements of dancing feet and clapping hands. It makes you feel as if you are right there dancing and singing along with the rest of the crowd.

The film features several outstanding scenes but one, in particular, stood out to me. After a long day at work, Menashe unwinds with two of his co-workers over bottles of malt liquor. He opens up about his troubles and the audience even learns of how tough his life was before his wife’s passing. His co-workers do the one thing that Menashe’s community doesn’t: offer him support and comfort. The scene was notable for me for two reasons. First, it’s the only instance in the film where English is used predominantly. Second, it resonated how two outsiders were more supportive of Menashe than his own people.

Menashe is a brilliant piece of independent film-making. Weinstein takes a small-scale story about a father and son and creates a compelling drama that shines through its’ performances and subtle cinematography. 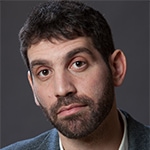 Both screenings will follow with a Q&A with Filmmaker Joshua Z. Weinstein. For tickets, buy them at the box office, or online. The list of films and their screening time can be found here.