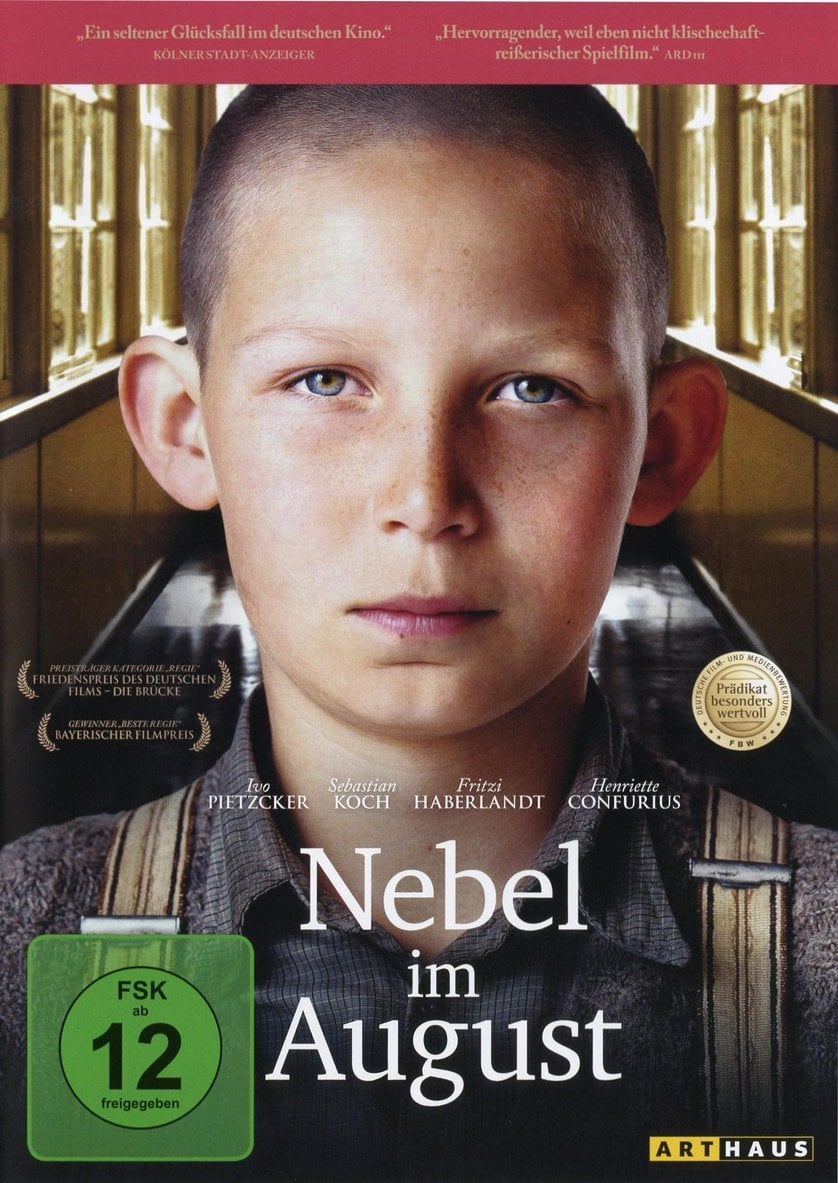 The horrors of the Holocaust have been portrayed many times in film, most notably Schindler’s List and The Pianist. One such horror, however, has never been a focus of film study: the euthanasia program used by the Nazis that claimed the lives of 5,000 children. This horrendous act is brought to light in haunting fashion by Kai Wessel’s Fog in August.

Wessel tells the story of 13-year-old Ernst Lossa (Ivo Pietzcker), a Roma boy who is sent to a German mental hospital in 1942. His reason for being sent there stems from anti-social behavior exhibited in similar institutes. Ernst’s father comes to collect him but is unable to do so because his profession as a peddler keeps him from having a permanent residence. This sees Ernst being left at the hospital while his father seeks to find them a home. During his stay, Ernst makes friends with several of the other children in the hospital. However, when his friends start mysteriously dying, Ernst learns the true purpose of the hospital: it’s a euthanasia center for the Nazis. Upon making this discovery, he becomes determined to escape before he shares his friends’ fate.

The film’s heavy subject matter is made even more powerful through the effectiveness of its cast. Pietzcker is outstanding as Ernst and his gradual discovery of the hospital’s purpose fills the film with suspense. An equally exceptional performance is given by Sebastian Koch as the German Dr. Werner Viethausen, the hospital’s overseer. Koch does a fantastic job of bringing complexity to the doctor’s duel facade. One scene has him playing with a boy in a body brace. The next scene shows him crossing the boy’s name off a list as a subject for euthanasia.

In a host of supporting characters, two stood out in particular and, also, serve as polar opposites of each other: Sister Sophia and Sister Edith Kiefer, the main nurses. Sister Sophia (played by Fritzi Haberlandt) is the moral center of the film. She openly disapproves of the euthanasia program and even attempts to prevent further deaths.

On the other side is Sister Edith Kiefer (played by Henriette Confurius). Sister Edith is brought in by the doctor to serve as a “specialist” to aid in the euthanasia efforts. Her presence serves as the film’s version of the Grim Reaper. Death is signified whenever she walks into a room with a cup of “medicine” for some unfortunate patient.

The film marks the directorial debut of Kai Wessel, and what a first offering it is. Wessel utilizes subtle camera work to elicit emotion from the audience. One such example comes when a child patient named Toni is given the ill-fated barbiturate. After taking the barbiturate, the camera lingers and Toni and gradually moves closer. This extra focus serves to let the audience know what fate is in store for the poor child. Wessel also makes use of effective lighting in a scene between Dr. Veithausen and Sister Sophia. The doctor is shrouded in darkness (the nature of his character) while Sister Sophia is bathed in light (her moral goodness).

Despite the grim subject matter, the film does have some moments of levity. These scenes include Ernst playing hide-and-seek with the other children and a scene where Ernst plays a brief game of soccer with Toni shortly after the two meet. One of the best scenes in the film is an example of open protest by Ernst during a dinner scene. He refuses to eat the raw fish they are served and demonstrates his protest by launching his fish onto the ceiling. The other patients follow suit for an inspired moment of unity as they all openly defy the staff.

Another thing that the film does well is to give the audience insight into the Nazis’ ideology behind the euthanasia program. They decide that the sick must die so that money can be used toward the advancement of the upper class. The Nazis also believe that they are wasting medicine on people they deem as unfit or unworthy of receiving such aid.

With an excellent cast and insightful plot work, Kai Wessel turns in a masterful look into a previously unseen aspect of the Holocaust, one that all audiences should see.

Fog in August will have its second screening during the Washington Jewish Film Festival on Thursday, May 25, 2017 at the AFI Silver Theatre – 8633 Colesville Road, in Silver Spring, MD, followed by a panel discussion with Senior Historian at the USHMM Patricia Heberer-Rice, German Historical Institute research fellow Richard F. Wetzell, and president of the board of the National Roma Center in Macedonia Jud Nirenberg.

The film festival continues through May 28, 2017, at the following theaters: AFI Silver Theatre, Bethesda Row Cinema, E Street Cinema, Edlavitch DCJCC, National Gallery of Art, and TWO JEWS WALK INTO A BAR (And a Deli). For tickets, purchase them either at the theater box offices or online here. You can also find a schedule and further information of the remaining films in the festival here.