What is it like for a young Israeli soldier to have to enforce the occupation of the West Bank and Gaza?

What is life like for Palestinians living under that occupation, subject to martial law, for 50 years? 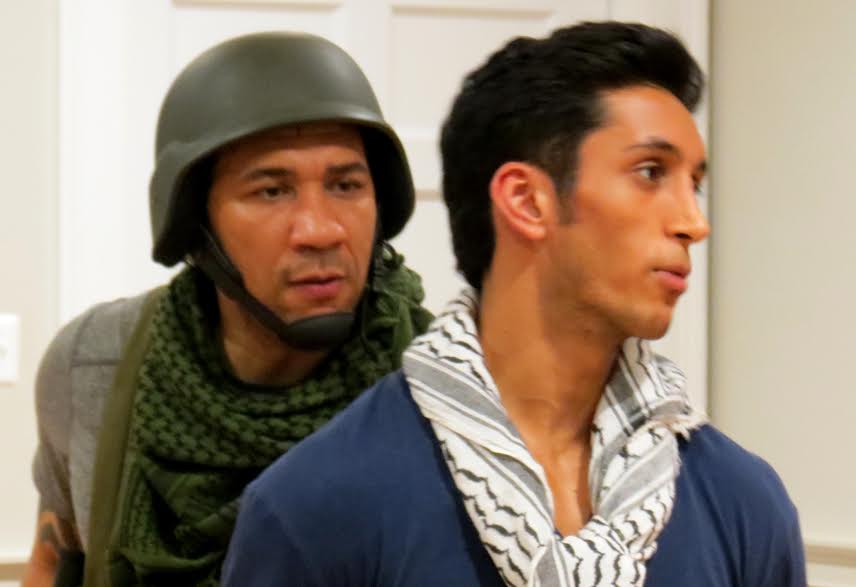 Verbatim testimonies of former IDF soldiers from the Israeli NGO Breaking the Silence form the backbone of It’s What We Do: A Play about the Occupation. Their reflections and stories are enhanced by interviews I had with Palestinians and Israelis during a recent trip to Israel and Palestine. One such person was Israeli Nomika Zion, whose words had a profound effect on me:

I start with war and end with war. I go from one war to another.  I live in a country which makes war a way of life, and occupation, second nature.

This year is the 50th anniversary of Israel’s occupation of the West Bank and Gaza, which started after the 1967 war. Nomika lives in Sderot, the Israeli city which has been at the receiving end of most of the rockets lobbed by Hamas in Gaza. The 2014 war with Gaza was terrifying for her and her community. Yet she has started an NGO, Other Voice, which seeks online relationships with the Gazans who are now forbidden to leave Gaza. She refuses to accept the official narrative that Israel must forever be at war with Palestinians.

Most Israelis, like most Americans, would not even think of occupation as an act of war, let alone have any idea what life under this occupation might be like. That’s what IWWD is about. Checkpoints that make travel to and from work, school or hospitals long and frustrating; the daily abuse at these checkpoints; a Kafkaesque system of over 100 permits required of Palestinians to move through these checkpoints, or to use generators or solar panels on their own property; harassing house searches; unpunished settler violence; house demolitions as collective punishment.

In IWWD, we hear of these policies not from the victims, but from those who are implementing them—the Israeli soldiers. And their conclusions are chilling. As one of the soldiers says:

What stuck with me most is the feeling, which I only got in hindsight, that I was a part of a machine that spread a lot of devastation and fear.

We hear much about Palestinian violence in our media; less about this machine which instigates it. IWWD seeks to balance this picture, by giving needed visibility to an occupation that is not enhancing Israel’s security in any way, but only creating more hatred. As Nomika had warned us:

Never build a system that oppresses and humiliates other people on a daily basis.

Please join us at one of the five Fringe performances and stay for discussions after each show.

2015 Capital Fringe Review: ‘It’s What We Do: A Play About the Occupation’ by John Stoltenberg