The production company known as How Do You Like Me Now Productions and its sister organization Erase Hate Through Art were founded with the specific intention of provoking dialogue and action aimed at combating bullying, intimidation, and hate crimes against the LGBTQ community and all minorities. So it makes perfect sense for the company to take on the challenge of Heathers: the Musical, a musical theater interpretation of the 1988 hit movie Heathers, a story of cliques, cruel behavior, bullying, and murder. 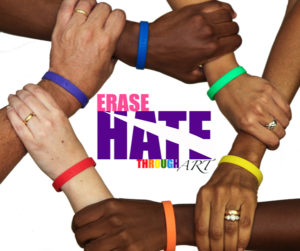 With book, music, and lyrics by Laurence O’Keefe and Kevin Murphy, Heathers: the Musical is a faithful rock musical adaptation of the dark comedy, complete with three mean girls named Heather, a very confused protagonist named Veronica, and her psychotic boyfriend JD. The bullying, harassment, and overall meanness may be a bit over the top in the fictional Westerberg, Ohio High School, but as the director pointed out pre-show, this story contains more than just a bit of truth for many teenagers braving the halls of high schools everywhere.

Luckily, the cast of HDYLMN’s production of Heathers: the Musical is more than up to the task of taking on this challenging show. Olivia Winter, as Veronica, is a star in the making, taking on an intense and difficult role and making it look easy. Ms. Winter has a natural stage presence and excellent acting abilities. She easily carries the show and is a completely sympathetic character even when planning (or carrying out) dastardly deeds. Her chemistry with co-star JD, well played by Luis “Matty” Montes, was apparent and made the very extreme relationship feel natural and authentic. Montes’ JD is dark and brooding, but also on the sweet side, giving you more than a hint into why Veronica would fall for him.

The three Heathers, played by Bryce Gudelsky (Heather Chandler), Ellie Parks (Heather McNamara), and Emily Wesselhoff (Heather Duke) work well together as part of the Heathers team, but each shined individually in the second half of the show. Bryce Gudelsky’s portrayal of Ghost Heather was particularly strong during the second act and I appreciated how the two remaining Heathers distinguished themselves as characters once they were able to step out of Heather Chandler’s shadow.

The jocks of the story, played by Michael Leard as Kurt and Zach Husak as Ram, were pitch perfect. Leard and Husak easily imbued these characters with such a mean streak and lack of brains that you don’t even feel bad for their untimely demise.

Andrew Zile conducted an able band that filled the room with rock music. The songs in Heathers: the Musical are memorable and catchy and the band sounded great – perfectly 90s-era cover band worthy. The band and the actors worked extremely well together, making the music seem seamless throughout the show.

While I didn’t find the band at all too loud for the space, the actors do not use microphones and my one concern about the production was the sound. I wish I could have caught every line but occasionally (especially in larger production numbers) it was difficult to hear individual actors.

Speaking of larger production numbers, the ensemble for this show is excellent and the larger numbers – including the opening number, “Beautiful,” and “Shine a Light,” a song about talking about the darker thoughts we all have sometimes – were some of my favorites. There isn’t a huge amount of space in the theater, but the director, Ed Higgins, did a great job of using all of it. Similarly, the set for the show is spare but adequate, with effective use of a background screen for ambiance.

One final note: As I said previously, this is a faithful adaptation of the film, which was rated R. This production also earns at least a strong PG-13 rating and is not appropriate for children. However, if you are of age, I highly suggest you motor on over to the Chesapeake Arts Center to see Heathers: the Musical. It is really is so very.

And when you get home be sure to have that difficult discussion about bullying, suicide, and being true to yourself. It’s a conversation that could change the life of someone you love.

Running Time: Two hours and 20 minutes, with one 15-minute intermission. 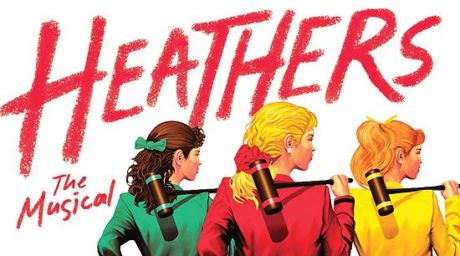 Heathers the Musical plays through October 29, 2017, at How Do You Like Me Now Productions, Inc. performing at the Chesapeake Arts Center –194 Hammonds Lane, in Brooklyn Park, MD. For tickets, call 410-636-6597 or purchase them online.