This is what my mother/her mother before her believed / they believed had they been born “rich and high yella,” they wouldn’t have suffered.

Clear your calendar, call the sitter and postpone your plan to binge-watch Stranger Things. This weekend is your last chance to see Arena Players’ magnificent production of Yellowman. It is beautiful, poignant theater that addresses numerous substantive topics while remaining thoroughly engaging and entertaining (though not in the laugh riot sense of the word). Yellowman is ostensibly a show about colorism – intraracial bigotry between light-skinned and dark-skinned African Americans. But it also tackles topics like separation, isolation, modernity, substance abuse, the cycles of domestic and child abuse, and prejudices of all kinds – against women, people of size, the poor, the rich, the uneducated, the well-educated, and more.

Yellowman is a memory play set in a Gullah community in rural South Carolina. Rosey Young plays Alma, a dark-skinned young woman who grew up “outside the city limits” with her even darker-skinned mother, Odelia. George Oliver Buntin portrays Eugene Robert Gaines, a fair-skinned black man who grew up enjoying a comparatively affluent, two-parent home “inside the city limits” with his very dark-skinned father and very light-skinned mother.

Alma and Eugene meet on the playground as six- and eight-year-old kids. Both Young and Buntin do a fantastic job embodying their characters as children, transforming voice, posture, gesture, and physicality to become kids. Through a sequence of five parts, each one fast forwarding to a later point in the couple’s lives, we see Alma and Eugene interact with friends and relations and, in due course, fall in love.

It’s not an easy road for Alma and Eugene. Young and Buntin believably play a wide variety of roles – Alma’s self-loathing, alcoholic mother, Odelia, who has only harsh words for her daughter; Eugene’s mother who, in true Montague-Capulet fashion, was disowned by her light-skinned, “high yella” dad for marrying Eugene’s jet-black-skinned father, who, in turn, resents his own son for being so fair. The actors do an outstanding job making each of these characters distinctly recognizable, even when slipping in and out of them over the course of rapid-fire conversations. Buntin shows particularly remarkable range, depicting Eugene, his parents, his grandfather, and his friends, Alton and Wyce – capturing a wide array of ages and temperaments, performing acts both kind and wicked.

Dael Orlandersmith is a gifted writer. Her play, Beauty’s Daughter, won a 1995 Obie Award and Yellowman was the 2002 Pulitzer Prize Finalist in Drama. She is also a noted poet, which is evident in the lyrical monologues her characters deliver, as well as in the literary techniques she brings to playwriting. Her words, even in the script, are written in verse, like Shakespeare. Her skillful use of repetition imbues her writing with both power and a pleasing cadence.

This is what my mother/her mother before her believed / they believed had they been born “rich and high yella,” they wouldn’t have suffered / they thanked God that I wasn’t born dark / although too bad I wasn’t lighter / but they thanked God I wasn’t dark. My mother and her mother before her believed / if only they could be light / light and rich / if they could marry a light-skinned man, they’d be loved.

Director Rosalind Cauthen guides Yellowman with a steady, expert hand. Her decision to never have Alma and Eugene touch, even in the most intimate of circumstances, is inspired. It powerfully reinforces the notion that however much they love one another and try to be there for each other, there is something fundamentally different about them that gets in the way of them fully connecting.

In its 64th season, Arena Players is the longest continuously operating African-American community theater in the United States. Under the adept leadership of Artistic Director Donald Owens, Arena continues to present socially-relevant, thought-provoking plays, as well as lighter fare like comedies and musical acts.

Arena Players’ current production, Yellowman, boasts beautiful writing, exceptional acting and bold, thoughtful direction. It’s the best production I have seen at Arena, which regularly presents high quality work. There are only two more performances of Yellowman – one this evening at 8:00pm and one tomorrow at 4:00pm – and then it’s gone. Make it a priority to see it.

Running Time: Approximately two hours and 20 minutes, with one intermission. 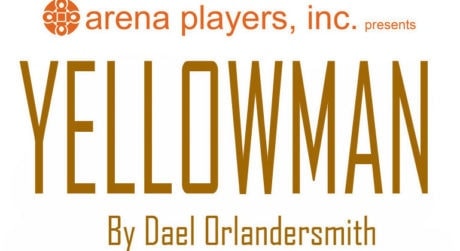 Yellowman plays tonight, Saturday, October 28 at 8:00pm and tomorrow, Sunday, October 29 at 4:00pm, at Arena Players – 801 McCulloh Street, in Baltimore, MD. For tickets, get them at the door, or purchase them online.