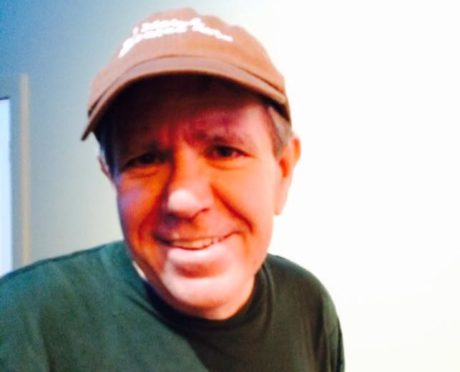 We in the theater community lost a great friend with the passing of Joel Markowitz.

As many know, Joel was diagnosed with ALS in March of this year. Since then, he dedicated himself to continuing his life’s work as a passionate champion of the theater and, especially, what Joel lovingly called “the little guys,” who would have been less well-known without Joel’s DC Theater Arts (DCMTA). As founder and editor of DC Theater Arts, Joel battled mightily with what ALS was doing to him while keeping DCMTA thriving.

As a special, passionate, decades-long life force for the broad theater community, and all those who work so hard to give audiences all kinds of entertainment, Joel was feisty, passionate, and outspoken about the importance of the performing arts to DC and the wider community.

Joel followed no bandwagons. He followed his own course to find all the good there was in putting on a show, and for all those who worked so hard to bring the performing arts to audiences at all levels, from high school to college, from community theater to professional. To Joel all deserved notice. That was his mantra from the beginning of DC Theater Arts.

As he wrote when introducing DCMTA in March 2012, “We strive to become the most comprehensive premier site in the area for theater and the performing arts.” He wanted everyone to know what he knew about what the performing arts can do to entertain and inform.

Joel asked the same of his DCMTA writers. And Joel inspired his DCMTA writers to do the very best they could to bring theaters big and small, and actors known and unknown, to public attention. He asked DCMTA writers to always find something positive in a production. He knew that people had worked very hard to put the production together. And he wanted the good of what they did to be known. For there is always something good to be found, and Joel was right about that.

Joel discovered many a talent; he traveled about the area to see shows that others may have missed, mining gems along the way.  He was a great advocate for finding and promoting “stars of the future.”

Joel was also a most protean man. He founded The Ushers in 1991. A small group of friends who loved theater over time, it became a group of hundreds who attended performances together and also were volunteer ushers at many theater venues. In a 2006 interview with Tim Treanor, Joel said about the Ushers: “Our goal was to help the little guy out… And we do help the little theater get attention.” The Ushers in the DC area had a 25-year run.

Joel’s bio speaks to the wide range of his theater interests beyond being the Publisher and Editor of DC Theater Arts. He founded the site with his brother Bruce to help promote the vast riches of theater and the arts in the DC Metro area that includes Maryland, Virginia, and DC as well as Philadelphia and even New York City over time. He wrote for Maryland Theater Guide. He wrote a theater column called Theatre Schmooze and recorded podcast interviews when he was associated with DC Theatre Scene. His work was published on BroadwayStars and for BroadwayWorld. And as all learned, he was an avid, long-suffering Buffalo Bills and Sabres fan. He grew up in Buffalo and had many a story about winters there. Joel was also a proud member of The American Theatre Critics Association.

At a May 2017 cabaret for Joel at Alexandria’s MetroStage, organized by Lorraine Treanor and Carolyn Griffin, a full house showed up to adore Joel and show him love. From the stage came love and respect from the likes of Michael Bobbitt. Natascia Diaz, Rick Hammerly, Sam Ludwig, Katie McManus, Anya Randall Nebel, Michael Sharp, and Roz White. Each of them not only entertained but expressed deep, rich love for his contributions to their careers.

The MetroStage event included humor as well. After all, Joel’s sharp humor was well known. As Tim Treanor wrote for DC Theatre Scene:

Bruce cited Joel’s renowned wit when he described how he announced his diagnosis to his Buffalo, New York-born family. “I’m sad to tell you that I will not live to see the Buffalo Bills win the Super Bowl,” he said of the city’s benighted football team, now seventeen years from its last playoff appearance. “On the other hand, neither will any of you.”

Joel dedicated his life to theater and to the promotion of theater. Even as ALS made it difficult for him, Joel continued. His last months with us were full of dignity, bravery, humor, and the .

We at DCMTA will remember Joel forever. We will remember a man of courage. A man who was a critic for the people. A man with an appetite for the performing arts that had no limits, no boundaries. And in the world we live in at the moment, these are enormously important attributes to have had.

As we think of Joel, as we send our prayers to him, “May God appoint angels to guard” him as it says in Psalms 21. And “May his soul be bound up in the bonds of everlasting life, and may he find peace in his final resting place.”

Joel taught us at DCMTA to treasure the arts. And so we do. And we will always treasure Joel and his huge heart.