New York City is ringing in the New Year with a full slate of new works presented in January, February, and March, including a one-day event with the Dramatists Guild Foundation in support of the Women’s Voices Theater Festival, and two months of offerings at the New York Theater Festival’s Winterfest. I had the opportunity to speak with a participant from each – writer/performer Ariana Johns and actor Scott Brieden – to cast a spotlight on their upcoming shows and to discuss the value of the festivals for artists, producers, and audiences.

In response to the call of the Washington, DC-based National New Play Network for organizations across the country to participate in its second WVTF, the Dramatists Guild Foundation will celebrate plays being written by women in a full day of readings on January 20. Invited by Program Manager Tessa Raden, who curated the program in New York, three female writers – Lisa DeSpain, Christine Toy Johnson, and Johns – will present a selection of their works at 3:00, 5:00, and 7:00 PM, in the DGF’s Music Hall. The event, which includes light refreshments, is open to the public; it will also be live-streamed on the organization’s Facebook page. 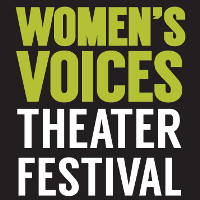 Among the 70 minutes of offerings by Johns (whose company Vampingo Productions focuses on helping and raising awareness for the environment through music, comedy, and grass-roots activism) are an original prose piece and highlights from her musical works with composer Darryl Curry. Those include excerpts from BUZZ, Son of a Bee, which follows the journey of eight musical theater artists inspired by a heroic bee; and the first reading of Act I of their latest work-in-progress A Stroll with Troll, a tale about balancing modern technology and virtual reality with elemental magic, nature, and spirit. Along with Johns and Curry, the cast features Ethan Hardy, Zoe Reed Helm, Evangeline Johns, Erik Jareth Ransom, Sierra Rein, and Francesca Shipsey.

With its Winterfest, the New York Theater Festival, in addition to providing visibility for a range of new Short, One-Act, and Full-Length works, also offers cash prizes for Best Play, Actor and Actress, Director, Singer, Stage Manager, and Set Design. For this year’s festival, Brieden will appear in the short new Western Come & Take It by Annie R. Such. Set in Texas, it tells the story of the fictional Bailey Brothers (Jefferson, portrayed by Brieden, and Austin, played by Michael Coppola), who, faced with the loss of their ranch and the omnipresent spirit of their late alcoholic father, must come together to save the future of their family. The work, with a running time of under 20 minutes, will be presented February 1-4, at the Hudson Guild Theater, along with three other short plays (When the Doorbell Rings by Krista Piccotti; Tea Time by Kate McLeod; and Dog Girl by Megan Pinto), for one single admission price. 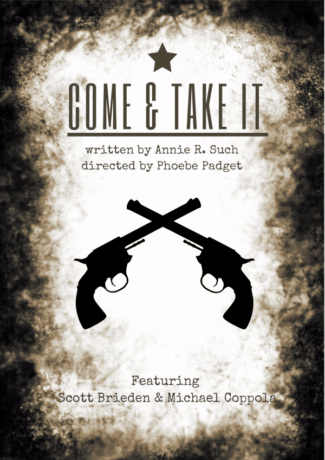 Brieden became involved in Winterfest when Such told him she was submitting her piece to the 2018 festival, after having worked with her, about five years ago, on its early development. “I had a very personal connection with the character of Jefferson, resentful of his upbringing and determined to make more of his life,” he explains. “It’s not every day that you are handed a character so nuanced and emotionally challenging. I am very excited to dive back into it, now that I have more life experience under my belt, and to share it with audiences.” And while he acknowledges that cash awards are always an encouraging factor for participants, Brieden especially appreciates “that Winterfest is giving new artists and playwrights an opportunity to have their original plays seen and produced.”

Johns is equally enthusiastic about her participation in the WVTF. “I’m looking forward to sharing my work and to being included this amazing festival of female writers and theater-makers. It’s empowering and gratifying to be a part of such a prestigious community, and to bring more attention to female playwrights,” she says. “By showcasing both new and established female writers, it gives audiences a taste of the variety and diverse creativity that women bring to the table. And having a forum to share my words and vision both in NYC and beyond, via live-stream, is a wonderful opportunity.”