Have you ever met someone who left you feeling as though there is nothing you can’t do? I got that feeling each time I sat down with four playwrights and a director who identify as women of color from the Women’s Voices Theater Festival. Each is a total badass in her own right. After talking to each of them, I felt so empowered. Their similar themes included the desire to be a part of the national conversation when it happens, not after the fact; having their works on the main stage, not the black box; and being seen as equal to the male playwrights who get offered more opportunities year round and not just one month out of the year.

This is the first of a five-part series talking with each of these phenomenal women. First up is Tracey Conyer Lee, playwright of Rabbit Summer which ends its run at Ally Theatre Company this weekend.

Natalie: In the world of #MeToo and the #TimesUp movement, how important is the playwright of color’s voice to theatre and entertainment world? To The Women’s Voices Theater Festival?

Tracey: I see myself as I experience being seen, so I recognize all of my labels and isms. After being a human being, I am black. I am a black woman; not a woman who is black. When I began in this industry 25 years ago, our voice was small and unvaried and most often written by a white hand. Our work being produced more widely shows that theatres are finally recognizing the value of our stories told the way we want to tell them. It’s important that this momentum continues.

The powers-that-be are also recognizing our dollar value, that audiences will come see work that is worthy, regardless of the color or gender of the bodies onstage. When I started as an actor many years ago, there were about three plays that I could do that got produced. My story scope was narrow: “Black. Girl.” Because writers of color are offering more nuanced characters, I don’t have to play just a black girl anymore. I now have options; not enough for my taste, yet it’s a great time to be a black artist.

The Women’s Voices Theater Festival helps the nation and beyond to recognize that works by women will bring in audiences, value, and a bottom line to theatres. The diversity of the lineup is incredible.

Do you want each of your plays to stand on its own, or are you trying to build a body of work with connections between each work?

I do have a running theme, which is the struggle of some subset of humanity to navigate how to survive together. I write about relationship dynamics, whether it’s familial, lovers, colleagues, or strangers, I want to explore how people function together.

What kind of research do you do, and how long do you spend researching before beginning a play?

Before I began grad school two years ago, I only wrote when I had something to say. I wrote because I liked it. I could tell after writing several plays that there was something missing. Research is part of that missing piece and what that entails depends on the project. I research now even if it’s something semi-autobiographical.

What’s the most difficult thing about writing characters of the opposite sex?

I have never considered it difficult. I enjoy it. Getting individual voicing accurate is part of the research. It always matters to me to get the voice right.

What did you edit out of your current play?

Rabbit Summer has evolved a lot. I initially wrote this piece in grad school in one semester 15 months ago. After several readings and the Page to Stage festival, it has seen many revisions.  I’m revising again from this production (the point of a development workshop). I am a constant tweaker, always fixing and rewriting.

What is your writing Kryptonite?

Verbosity. I’m definitely verbose and very language-based. My language tends to be heightened, so when the early texts have everything and the kitchen sink, it can be overwhelming to hear and digest. Luckily, I’m unafraid to edit and cut things. I have to combat the Kryptonite.

What does success look like to you on the stage?

I’ve always been a modest dreamer and didn’t want to be anymore, so my resolution for 2018:  To “crush it — in every aspect of life!”  For Rabbit Summer, that means sold-out houses across the country to inspire conversations about its themes and issues. How it resonates culturally, politically, and humanely.

If you could tell your younger writing-self anything, what would it be?

I would tell her to get an education and foundation for playwriting earlier than now. I wrote my first play in 2007 and it never saw the light of day. I had some things to say that were very topical at the time that I wish I could have expressed better. They are not relevant in the same way today. But I’d also say to write things that will still resonate 5, 10, 20, 30 years from now. Don’t be so topical that it dates the play. 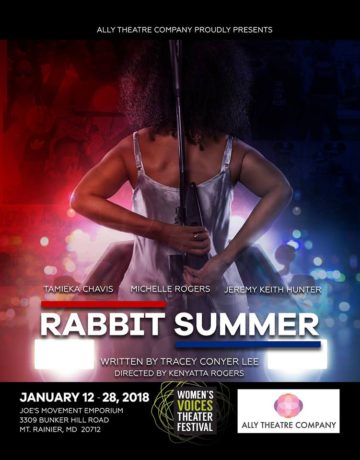 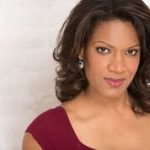 Tracey Conyer Lee is a full-time actor-playwright living in New York City. Her plays, Standing Up:  Bathroom Talk & Other Stuff We Learn From Dad: Poor Posturing and The First Time appeared in the New York International Fringe Festival, The Fire This Time Festival of short plays, or in readings and development through Urban Stages, National Black Theatre and The Fire This Time Festival. Poor Posturing received a Boston run of a selected 6 of the 25+ plays from TFTT’s first four seasons. With The First Time, Ms. Lee was nominated for New York Innovative Theatre’s 2016 Doric Wilson Independent Playwright Award (NYITA) and was selected for Congo Square’s 2015 August Wilson New Play Initiative. Ms. Lee was the 2010-2011 resident playwright for Don’t Miss A Beat, Inc., an arts and education program in Jacksonville, FL which introduces marginalized youth to the world of theater, music, and dance. She has written for Boomerang Theatre’s Rock-NRoles series, LDTG and was invited to guest blog for the Huffington Post on “Gratitude”, of which she is in abundance. Ms. Lee is a 2018 MFA merit scholar candidate in Writing For the Stage & Screen at New Hampshire Institute of Art, for which she has written a full-length musical, a tv pilot, and the play you are about to see thanks to Buzz McLaughlin, who mentored the birth of Rabbit Summer. 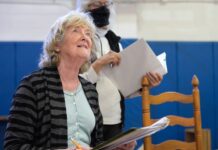