This sold out production by local playwright John Morogiello and directed by Rabbi Stan Levin touched on so many current and historical hot points that I wonder how it all happened in ninety laugh-packed minutes.

The story takes place moments before Germany invaded Poland which brought about World War II. An official of the German Government, Consul to Hollywood – George Gyssling, played by Terence Heffernan, wants to halt production of a film which he believes will be offensive to Hitler. Reminiscent of both Kaa – the sinister snake In Jungle Book and Head of Slytherin house – Severus Snape, Terence oozes distaste through his stilted mannerisms, contempt for American ideals and lack of respect for anyone in power besides Der Führer.

Gyssling visits United Artists film studios and is confronted by the iconic immovable object – the corporate receptionist. Emily Sucher plays Miss Hollombe with exuberance, innocence and cunning. Gyssling has no appointment. It is immediately obvious that this rude male chauvinist foreigner wants to be heard on a matter of “national pride.” Gyssling interrogates Hollombe on personal matters – seeking to discover her ethnic heritage. He is an unabashed anti-Semite.

Yet Sucher’s Hollombe stands her ground. She is proud of her brand new position with United Artists even though she may have lied about having attended “secretarial school” to get the job. Her horrible attempt at typing is hilarious. Every one of Sucher’s curly blonde hair flips is perfectly well suited to Hollombe’s character. As the show’s occasional narrator, Sucher drops out of character, looks directly into your eyes and corrects your perception of what has or is about to take place. Hollombe clings to admiration for her boss & hero Mary Pickford about success and fighting gender barriers on the way to the top.

Lori Boyd brings her polished film, stage, and television professionalism to play the head of the movie studio – Mary Pickford. Pickford’s success is self-made. However, there are frayed edges in her force-to-be-reckoned-with reputation. It feels as though Gyssling’s threats to ban the film from European markets strike the heart of Pickford’s genuine interests – the almighty dollar. Crestfallen and scared of losing profits, she orders Hollombe to summon the film producer – Charles Chaplain played by John Tweel, to her offices.

Tweel’s entrance and mistaken identity by Hollombe lead to a very funny awkward encounter. The split-second repartee between Chaplain and Hollombe is priceless. Hollombe exclaims to the audience “You mean he doesn’t really have the little mustache?” Although Chaplain calls himself “an honorable scoundrel” his sexist advances toward Miss Hollombe ring especially inappropriate given one of today’s cultural undercurrents.

Chaplain and Pickford verbally joust about the true intent of his work-in-progress and we get to see snippets of “The Little Tramp” which are spot on vignettes of Chaplain’s most notable on-screen persona. Tweel’s cane twirl and penguin waddle were like watching an old silent movie!

Pickford’s ultimate decision, Chaplain’s final actions, and Gyssling’s success are all prone to inaccurate assumptions thanks to the ingenious Morogiello script. I will not spoil the outcome (provided you don’t know the history). But I encourage you to be in the audience, to the final moments, when the President of the United States intervenes!

The opening night audience was treated to an excellent evening. Costumes by Elizabeth Kemmerer appear authentic – right down to the patent leather saddle shoes worn by the show’s villain. Scene changes for this theater in the round were accomplished with subtle lighting queues and spartan set piece movements designed by Eddy Amani and orchestrated by stage manager Mark Kerr.

All in all, an excellent first outing for one of D.C.’s newest professional theater companies! 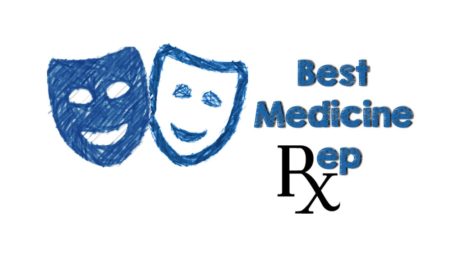