I present to you this review of Flying V Theatre’s It’s the Rest of the World that Looks So Small: A Theatrical Revue of Jonathan Coulton, directed and conceived by Jason Schlafstein and Vaughn Irving, in a format that fans of Coulton’s prior work may know and love: a cake recipe. For the uninitiated among us, I will attempt to explain briefly. Many people’s first encounter with Jonathan Coulton’s music was through the 2007 video game Portal, where his single “Still Alive” was featured in the closing credits. This song was sung by the primary villain of Portal, GLaDOS, a homicidal runaway AI system which the main character repeatedly confronts. GLaDOS also tempts the player with a cake recipe throughout the game. Without further ado, I present to you—

7 cast members, including Scott Abernethy, Kristin Cardinal, Victoria Meyers, Gianna Rapp, Seth Rosenke, Carl Williams, and Ashley Zielinski. Each actor in the cast rotates through Coulton’s oeuvre, at times both campy and sad, with enthusiasm. Admittedly, there is some strange material included in this musical revue. Songs such as “Code Monkey” and “Mr. Fancy Pants” were played in a way that very much reflected the lyrical content. These numbers rely heavily on comedic aspects of Coulton’s songs. Despite the over-the-top nature of the material, it is extremely enjoyable to watch the cast contort themselves into the myriad roles provided.

Vignettes to taste. Each of Coulton’s songs is reimagined in a vignette centering around different characters, with some recurring. The structure of this musical is brilliant. It never takes itself too seriously, yet this fact is what makes the heavier moments so much more impactful.

3 cups Carl Williams, who stands out among the singers in numbers where he is featured: as a lonely tentacle creature in “I Crush Everything” and sad vampire longing for the sunlight in “Blue Sunny Day.” Speaking of standing out…

1 giant sea monster, with tentacles, makes an appearance. I won’t give too much away, but the technical skill shown by Puppet Designer Phillip da Costa and Scenic and Properties Designer Rachael Knoblauch, along with Co-Set and Properties Designer Kat Fleshman, is impressive. The set itself evokes the feeling of being in outer space, quite appropriate for the material. The rotating set pieces were also a nice touch and played well with the movement.

2 parts adorably inclusive songs, re-tooled to be centered around queer women. This is a wonderfully romantic musical overall and the artistic decisions made in portraying the relationships between the characters were a welcome change of pace from your typical revue.

4 cups awesome fight and intimacy direction, provided by Jonathan Ezra Rubin, in addition to Jamie Doughty and Robert Bowen Smith’s co-choreography. This was a highly physical musical. The amount of work and effort that went in to moving the actors across the moon-like, sometimes-moving set was apparent.

19 parts Jonathan Coulton hits. Fans are sure to love hearing their favorites played by a fantastic live band. Jon Jon Johnson really tears it up on the violin, but there wasn’t a weak player in the group. The accompaniment really shines on the softer numbers like “I’m Your Moon” and “Space Doggity.”

1 tablespoon of Pluto no longer being a planet
12 medium geosynthetic membranes
3 tbsp. rhubarb, on fire

Blend all above ingredients together while floating through the gaping maw of space and questioning your existence for 3 minutes, then bake at 375 degrees until slightly less goopy than before. This is how Flying V Theatre constructed the perfect musical. If you are a fan of Coulton’s music, you will leave happy. If you are unfamiliar with his music, you’ll leave more-than-satisfied and a fan. The Rest of the World Looks So Small is, without a doubt, one of the most innovative and enjoyable productions ever staged in the DC area. Flying V has succeeded in creating something truly unique and wonderful and in doing so has cemented its position as a leader in creative, fresh, and engaging theater. 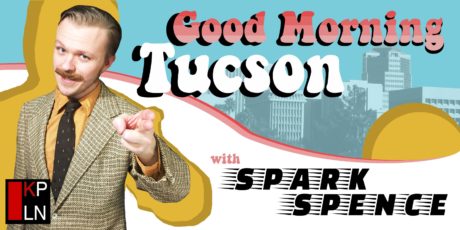 It’s the Rest of the World That Looks So Small: A Theatrical Revue of Jonathan Coulton plays through February 24, 2018 at the Silver Spring Black Box— 8641 Colesville Rd, Silver Spring, MD 20910. Tickets can be purchased online.