Emmy Award-winning actress Sally Struthers returns for her fifth engagement at the Riverside Center for the Performing Arts in Fredericksburg, Virginia, as Louise Seger in Always…Patsy Cline opening on May 16. She will be joined by Broadway veteran Carter Calvert starring as Patsy Cline. Both ladies are no strangers to these roles and most recently performed in the show together at the North Carolina Theatre in Raleigh. Located at 95 Riverside Parkway, Fredericksburg, Virginia, performances will run until July 15.

Always…Patsy Cline is written by Ted Swindley. The show is based on the life of country music legend, Patsy Cline, and Texas housewife Louise Seger, who struck up a friendship after meeting in a honky-tonk in 1961 and continued a correspondence until Cline’s untimely death at age 30 in a 1963 plane accident. The show’s title is inspired by Cline’s letters to Seger, which were frequently signed, “Love Always, Patsy Cline.”

Sally Struthers is a two-time Emmy Award and Golden Globe Award winner for her performance in the groundbreaking TV series All in the Family. She starred in the Fox television series 9 to 5 and her own CBS series Gloria. She also recurred on the CBS comedy Still Standing and the CW network’s highly acclaimed Gilmore Girls. She joined the Gilmore cast for Netflix’s new four-movie limited revival, which premiered last year. She recently guest starred in the acclaimed IFC comedy series Maron.

Sally’s first two Broadway forays were in Wally’s Café with Rita Moreno and Jimmy Coco and Neil Simon’s female version of the Odd Couple with Brenda Vaccaro. For three years she starred as Miss Mamie Lynch on Broadway and on tour in the Tommy Tune production of Grease. In the 20th Anniversary National Tour of Annie, Sally played the coveted role of Miss Hannigan.

Carter Calvert is best known for originating her role in the Tony-nominated Broadway musical It Ain’t Nothin’ But the Blues alongside Grammy-winning jazz vocalist Gregory Porter. She is featured on the cast recording and starred in the show’s national tour. 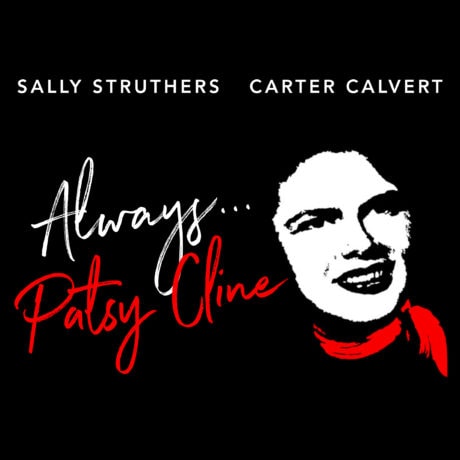 Always…Patsy Cline plays May 16 through July 16 at the Riverside Center for the Performing Arts  – 95 Riverside Parkway, Fredericksburg, Virginia. For tickets, call (540) 370-4300, or purchase them online.